What You Can Learn From Tracking Your Own Buffering 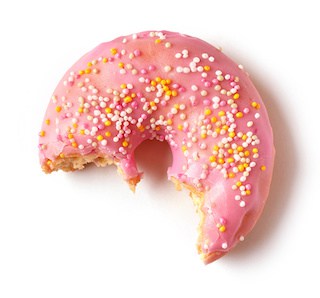 “Buffering” means doing a pleasurable activity to avoid feeling negative feelings about something else. A “buffering” activity offers instant gratification plus instant relief from unpleasantness. That can be an addictive combination, hence binge watching, binge eating, binge surfing the internet, binge Facebooking, etc. But buffering could also just be eating a donut to feel better, or doing the easy work that you can finish instead of the hard work that is bogged down.

The form in which man experiences the reality of his values is pleasure . . . . A chronic lack of pleasure, of any enjoyable, rewarding or stimulating experiences, produces a slow, gradual, day-by-day erosion of man’s emotional vitality, which he may ignore or repress, but which is recorded by the relentless computer of his subconscious mechanism that registers an ebbing flow, then a trickle, then a few last drops of fuel—until the day when his inner motor stops and he wonders desperately why he has no desire to go on, unable to find any definable cause of his hopeless, chronic sense of exhaustion.

In other words, pleasure in life is not optional. Pleasure fills up your emotional reservoirs, giving you emotional resilience to deal with pain and unpleasantness, should they come up. And if your goals are challenging enough, you will need that resilience. There will be setbacks at times that will drain you emotionally.

I look at buffering as an early warning signal that there is not enough pleasure in your life. If you are being pulled away from doing what you think is right because you are craving pleasure, you need to change your approach in some way.

This is why some members of the Launch program track buffering on a daily basis. Whether they record 15 minutes lost here or there, or a couple of hours lost in one afternoon, noticing that they are seeking pleasure gives them important information to help them troubleshoot their goals and plans.

For example, one Launcher noticed that he was skipping his daily thought work in favor of doing something easier and more pleasant. It was still work, but it was less important than the thought work. He was buffering. This was a surprise.

As background, you need to know that I send Launchers a daily email with introspective exercises that are supposed to take about 15 minutes. These are designed to help them spot and solve problems faster, stay on track with their goals, and generally ensure they get full value out of the effort they are exerting. The thought work, though effortful, is intended to be a positive experience.

I asked him if he enjoyed doing the daily thought work. He said yes, but then he added a qualification: “If I can finish it.” It turned out that he really hated it when he didn’t have time to go through the daily exercises thoroughly. If he believed he might be interrupted, he had a strong aversion to starting.

Ta da, his buffering was explained.

Aversion is an emotion that is designed to shoo you away from something unpleasant. When he didn’t have enough time to “finish” the thought work, it seemed really unpleasant, and it was hard to get himself to do it.

I suggested he change the way he looks at the thought work. It is inordinately better to do five minutes of thinking at the “meta-level” each day than none at all. He could practice adjusting the thought work to be shorter if needed — and he could learn to see that as a success, not a failure. For example, if I gave him several questions, he could choose one to answer. Or if the exercise was too complicated, he could just make up his own simpler one.

By making the task something he could do in the time available, he could guarantee pleasant anticipation beforehand and satisfaction afterwards. In this way, he could make the task a source of pleasure and eliminate any desire to buffer.

Maybe you need to change the balance in your life

Another Labber had had great success working two hours a day on her initiative for the first five weeks of the program. She had learned a lot and was excited about how it went, and then suddenly in the 6th week she started buffering instead of working on her project. She reported that she was keeping all of her other routines going, but she had a lot of resistance to doing those two hours of work. Instead, she was consistently doing something else that would feel better.

If you know that buffering means that there is not enough pleasure in your life in some way, you have someplace to look.

We talked about her overall schedule. She had mentioned earlier in the program that although she was successful, she was feeling a little bit overscheduled. Between two hours a day on her project, plus a diet and exercise program, she was rather busy in her retirement. Life had become a bit like a slog.

Ta da, her buffering was explained. The two hours per day were slowly draining her emotional reservoirs. She needed more pleasure in her life.

But of course, she was a little overscheduled. She couldn’t just add in more recreation time. So I suggested that she remodel her two-hour block into 90 minutes spent on the project plus a 30-minute reward. The reward could be any activity that brightened the day and filled up her emotional reservoirs. She is going to experiment with reading some fiction that she has not had time for.

I learned about the importance of building in rewards for intense work from Jerrold Mundis. He recommended you choose as your reward something that was a totally pleasurable “waste of time.” When you prioritize pleasure for yourself in this way, you are honoring the importance of your quality of life to you.

Maybe you need to drop some stressful activities

I recently noticed that my own buffering had ticked up. Thankfully, I don’t have a huge problem with emotional eating, but there are times when it seems that all I want are cake or cookies to make me feel better.

Changing this pattern has not been my priority, but I’ve been thinking about it after hearing the amazing success of a couple of Launchers in losing weight. One lost 75 pounds over the course of a year and five Launch programs. Another lost 20 pounds over the course of five months and two Launch programs. That’s inspiring in itself, but I was also inspired to see that they both got their routines in place fairly quickly. Once they did that, they focused on other priorities while still shedding the pounds. Many Launchers comment on how inspiring it is to see other people shooting toward their goals. It’s inspiring to me, too!

So when I noticed I was buffering with food, I stopped and took notice. I already do a lot of work to make tasks pleasurable and to build pleasure into my life. Yet somehow, my emotional reservoirs were getting depleted.

Ta da, it was obvious once I looked. The buffering was directly correlated to working on two new projects that had turned out to be more stressful than anticipated.

As soon as I realized this, I knew what the problem was. In Launch, I recommend everyone have only one initiative — that is, only one project that they expect will push emotional buttons. Otherwise the overhead of dealing with emotions is too much.

I already had a top-priority initiative when I took on these other two projects. I hadn’t realized they would be emotional drains. The solution was straightforward. I dropped one project and scaled back the other so that I would keep my emotional reservoirs filled for more important projects.

Why tracking buffering is helpful

Noticing the buffering was just the first step. It told each of us that something was off in the pleasure department, but not what exactly the problem was. Yet that was good enough to zero in on the problem and find a solution.

Buffering is observable behavior.  It is pretty easy to see that you’re buffering. That makes it an early-warning indicator that you need to shift your goals or your routines or your methods to ensure there is more pleasure in your life. When you do this, you get a double benefit: the joy from the healthy pleasure you added to your life and the joy of efficacy from having sorted out something that just wasn’t working for you.

So if you’re reaching for a donut to get some pleasure, maybe it’s time to see if you need to add some higher-quality sources of pleasure to your life.

Share this page
← How to Be Effective When You're a Bit Overcommitted: The 80:20 Rule Three Reasons Money May Not Be the Goal to Set →