Jean Moroney, President of Thinking Directions, teaches managers and other professionals how to use targeted thinking to solve problems faster, make better decisions, and get projects finished. They use her tactics to be smarter about achieving their goals.

She started her career as an engineer, graduating from MIT with Bachelor’s and Master’s degrees in Electrical Engineering in 1985 & 1986. She quickly found her strength in working as a systems engineer and program manager. By the time she was 25, she was leading a $1.2 million dollar program, which provided the wavefront sensor for the first successful field experiment in laser guidestar adaptive optics at the Starfire Optical Range (1988-1989).

To her surprise, she became more interested in the thinking processes she was using than the problems she was solving. The video tells the story of some of the things she learned at the SOR that have impacted her current work.

She took time off from work to earn a Masters Degree in Psychology from Carnegie Mellon University (1994) and to complete a graduate training program in philosophy focusing on the theory of knowledge and logical analysis at the Objectivist Graduate Center of the Ayn Rand Institute (1996).

She left engineering for good in 1998 in order start a business coaching individuals in analytical thinking skills, including concretization, differentiation, essentialization, and identifying fundamentals.

Applying what she had learned as a project manager, she helped her clients fix the biggest problem first. Over time she realized that the main challenge most people face in analytical thinking is difficulty in dealing with routine mental obstacles, such as distractions, overload, conflict, and blankness. So she turned her attention to developing tactics to address these issues directly.

In 2000, she started giving classes and seminars on thinking skills. Since then, thousands of people have benefited from her methods, including people from a wide range of professions: engineers, small business owners, artists, writers, lawyers, and managers. She has given workshops across North America, in cities such as New York, Los Angeles, Chicago, Houston, Denver, Toronto, Washington DC, and San Francisco.

She started offering seminars to corporations in 2003. Her work with corporate audiences led to the development of her signature 1-day workshop, “Thinking Tactics, which presented the core set of tools that enable a thinker to deal quickly with mental obstacles, so they can stay focused on the most important task at hand.” Attendees reported savings in money, time, and frustration — as they use the tactics to unleash their own creativity to tackle business and personal challenges.

Her biggest corporate clients have included BB&T, Microsoft, Amazon.com, and Canadian Bank Note Company, each of whom has brought her back to teach Thinking Tactics to 100-plus professionals at the company.

She recently has expanded her offerings to include custom corporate programs to help teams with smarter execution, smarter strategies, and smarter prioritization.

Ms. Moroney continues to think of herself as an engineer, engineering the thinking process. She lives in Naples, Florida with her husband, Harry Binswanger. 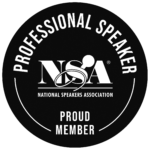 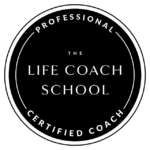