Three Reasons Money May Not Be the Goal to Set 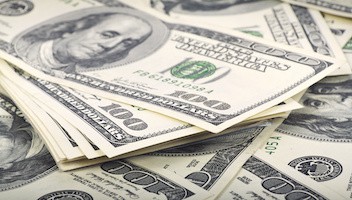 In Launch, some people come with money goals. In a few cases that makes sense, but not usually.

A well-set goal needs to guide and motivate the action necessary to achieve it — and provide a lasting satisfaction with every step along the way. Money goals often don’t meet these criteria.

Why money goals may not guide action sufficiently

For most people, a goal to “make a million dollars” or “make an extra $500/month” leaves an important question unanswered. How? How do you make money?

Any businessperson can tell you how to make money. First you need to create values that someone actually wants, then you need to find those people and let them know about your product, and finally you need to show them what they can gain by the trade of their money for it. Then they’ll give you money.

The principle is the same if you are seeking money through employment. You need to convince the firm that your work will be worth more to them than the cost of hiring and training you.

Money is just the tool of exchange. Other people give you money in exchange for values you have created. This is the fundamental issue.

Generally, it doesn’t make any sense to set a money goal until you already know a lot about how to create something that has a market value, and which you know how to sell. Once you know that, yes, you can set monthly sales targets or a salary goal. Alan Weiss, a well-known consultant, knows how to make money. So if he identifies something he wants that will cost $20k more than he has available, he will simply create a new program to raise the money he wants.

But if you don’t know how to make money, a money goal can just be an albatross around your neck because you have no clear means of achieving it. You are better off setting goals to learn what you need to know, through experiment, training, or problem-solving as the situation merits.

A money goal isn’t an end in itself

Because money is a tool of exchange, it takes its meaning from what it is exchanged for. It has no meaning in itself. If you focus on getting money instead of the value it is for, you can get yourself into all kinds of trouble.

For example, suppose you were in dire straits and needed money for food and necessities to get your life back on track. If you thought of this as needing money rather than needing to get your life on track, you might look at begging and stealing as the means to your goal. I assume this audience doesn’t need me to spell out the vicious cycle that that would set in motion.

In contrast, if you see it as needing food and necessities at the moment and to get your life back on track in general, the obvious alternative is to seek out one of the many charities that help in these circumstances. This will give you a little breathing room to figure out a longer-range plan to support yourself.

The problem comes down to treating money as an end in itself, as if it’s the solution to every life issue. This is thinking backwards. It is true that if you have savings or a way to make money, you may choose to “throw money at the problem.” If your kids aren’t getting a good education, you can hire a private teacher. If your home isn’t big enough, you can buy or rent a bigger one.

But no matter how much money you have, you always have limited resources. You always need to prioritize where your time, energy, and money will be spent. And that means figuring out what really matters to you and whether it is worth the effort, relative to other things on your list.

In this regard, money is a convenient metric, because some things you want can be measured in terms of the money they cost. But prices are an average. What counts is the value to you in the circumstances.

For example, I don’t like beer and wouldn’t pay a penny for any quantity of it to drink. But perhaps if I learned more about the beer market, I might buy and resell penny beer at a profit. And I’d happily pay top dollar to serve it to beer-loving friends who are coming to dinner.

So, if you are setting a goal around money, it’s critical to answer the question: What do you want the money for? When you think in terms of the values you want to use money for, you open up many more possibilities for how to gain and keep them. The goal is not just to make money.

There is one exception. I knew someone who loved to make money — so he very logically became a hedge fund manager. Hedge funds find inefficiencies in the market and take advantage of them, which causes these inefficiencies to disappear. Every other buyer and seller in the market benefits from the price corrections. But his goal was just to make money for the sheer exhilaration of it.

A goal needs a value-based meaning

Achieving any major goal, especially one involving making money, takes a concerted effort across time. For that, you need significant motivation. I argue elsewhere that only motivation by values succeeds over the long run, because motivation to avoid threats creates burnout and other motivational problems. (See the blog posts on A Value Orientation.) The short argument is that you are at your most creative and productive when you work from the desire to gain a value, not from fear, guilt, or anger.

But another important reason you need to motivate by values is to ensure that your work has meaning. When a goal has meaning, you get satisfaction from the work and a lasting sense of accomplishment from achieving the goal. The alternative is that you pursue a goal entirely for utilitarian means. This is not enough to motivate over the long haul.

For example, consider the difference between washing dishes so that you have a clean cup to use versus washing the dishes because you appreciate a neat, clean kitchen. In the first case, the washing of the cup is just a chore to get finished with. In the second case, each dish cleaned adds to the sparkle. The person washing dishes for a neat, clean kitchen winds up enjoying the process and washing up regularly to keep the kitchen clean. The person who does it as a chore usually has a sink full of dirty dishes and resents the next dirty cup that goes into the sink as soon as it’s emptied.

If you seek to get money only to spend it, you will get little pleasure from the process. All of the pleasure comes in a blip when you purchase the item. If it turns out you don’t like that gadget or that car or that vacation as much as you expected, it loses all meaning.

There are lots of people who have made lots of money and are unhappy. They would have been better served to figure out what they really wanted and made their money in a way that was truly meaningful.

This is why I’m opposed to the career guidance based on identifying your skills instead of your passions. You may be very good at something but not enjoy it. I’m good at administrative work, but I am delighted to have delegated almost all of that to other people. For me, administrative tasks are just chores keeping me from doing what I really want. Now I have people who love doing these kinds of tasks doing them for me.

Ultimately, making values and making money become integrated. In my own case, I eventually figured out that the amount of money my business makes reflects the amount of impact I’m having. It is an objective measure of how clearly I have communicated my ideas such that people can use them to make a difference in their lives. Making money has meaning to me — but only because I figured out what it means and it is connected with all of my other goals.

Money is a huge value

Just to make sure there’s no misunderstanding, this is not an attack on making money or wanting to make a certain amount of money. I can’t resist quoting the opening of “The Meaning of Money” from Atlas Shrugged:

So you think that money is the root of all evil? . . . Have you ever asked what is the root of money? Money is a tool of exchange, which can’t exist unless there are goods produced and men able to produce them. Money is the material shape of the principle that men who wish to deal with one another must deal by trade and give value for value. Money is not the tool of the moochers, who claim your product by tears, or of the looters, who take it from you by force. Money is made possible only by the men who produce. Is this what you consider evil?

My point here is not to discourage you from setting goals around money. My point is that the fundamental issue is the creation of values, and that is where to start in setting your goals.

The test of whether any goal you set will be effective is:

If you want to make a lot of money, learn to set goals this way, and you will.

Share this page
← What You Can Learn From Tracking Your Own Buffering Have a Warm, Fluffy Towel Available When You Take a Polar Bear Plunge →