3 Ways to Reveal Facts You Are Missing 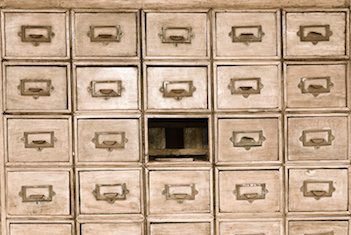 In the last blog post, I pointed out that when you struggle there is a fact that needs to be accepted. In a post a month ago I explained that the way you accept facts is that you factor that fact into your thinking, your expectations, and your planning.

This leaves open an important question: if you are struggling, how do you identify a fact that you are missing? It is rarely obvious to you. I’ve found that answering three key questions is a great starting place:

The answers to these questions help you to zero in on assumptions that may not be true, or truths that may need a little more attention.

For example, imagine you are having trouble settling down to work. You’re not actually getting anything done, and you’re getting frustrated.

Suppose you ask yourself, “What do I wish were true?” and the answer is, “I wish I didn’t have to do this report.” Two questions follow from that: do you really need to write the report? Why? And, if so, why don’t you want to do it?

Let’s stipulate that yes, you really need to do it, and that you don’t want to do it because you’d rather work on a more interesting project. Well, then it’s a fact that the report is in conflict with that other interesting work. It’s also a fact that you can only work on one thing at a time. One of these two tasks needs to be delayed, reduced, or dropped in order to resolve the conflict at the moment.

When you’re in conflict, half the battle is realizing that you need to choose. The content of your wishful thinking pointed you to an unpleasant fact — you have two incompatible goals. Until you start thinking in terms or either or, you’ll continue to struggle.

The answer to “is it likely the report will be criticized” is “yes.” Every work product can be criticized in some respect, and most of them are criticized early and often.

This is a fact.

Indeed, this is a known hazard of creative work. If you try to make it impervious to criticism, you will never finish. Creative work can always be enhanced, added to, developed…improved.

If you catch yourself wanting to make something critic proof — an impossible goal — that is a red flag that you need to set a more realistic standard. The answer to the second question (why will it be criticized?) helps you decide the standard.

Are you concerned that your report be criticized because it omits crucial information? Because it buries it where it’s hard to find? Because it is unclear? These are concerns that go to the heart of the job — communicating crucial information effectively. Your fears have led you directly to important problems to solve, and now that you have them out in the open, you can solve them.

On the other hand, are you concerned that your report will be criticized because so-and-so always nitpicks, no matter what you do? This is a side issue. It’s an unpleasant fact — but one to accept and plan for. If you expect some nitpicking, and plan for how to handle it, you can sidestep this issue.

If this has happened before, all of the evidence indicates it will happen again. More to the point, when you set challenging goals, you often will need to push to get work done by a deadline. It’s probably worth getting your head around the fact that you will be faced with time pressure in the future.

Your goal is not to eliminate time pressure (which is inconsistent with having ambitious projects) but how to mitigate the difficulties you face under time pressure.

For example, keeping up on routine work when you’re not under pressure reduces the pressure when the deadline approaches. When you see this, you have stronger motivation to finish routine work in a timely way.

If you are struggling, frustrated, and/or hitting your head against the wall, you need to find a new way to look at your undertaking. Each of these questions, “What do I wish were true?” “What am I afraid of?” and “What do I never want to have happen again?” points you to a fruitful source of new information. In some cases, answering the questions will help you identify a problem to solve or a new goal to set. But often, it will reveal a fact that hadn’t occurred to you — a fact that you need to accept and factor into your plans if you want to be successful.