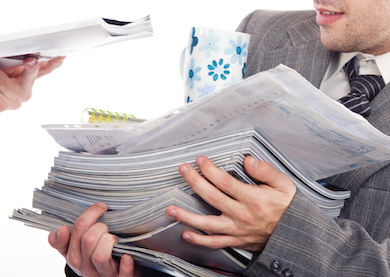 Recently, I’ve done a lot of thinking about what it means to accept facts. I see this as a topic for psychology, which presupposes a particular philosophical point of view.

Realists point out that if you want to live in the world that exists, you need to accept facts. Idealists point out that you can change the world that exists — if you take the appropriate action. These two perspectives needn’t conflict. They can be integrated if you agree that you need to accept the facts now, in order to identify effective action to take now, which will change the situation in the future to more resemble your ideal. That is my view (which I got from Ayn Rand).

On the surface, it had always seemed obvious to me that you should accept facts — until I saw some situations in which it seemed I wasn’t doing so. For example, I would repeat a failed approach to persuading someone of my view, expecting a different result next time. Or I would acknowledge a specific lack of skill, without changing my approach to achieving goals in that area. Or I would find myself stewing over a fact that I wished weren’t true.

I now see all of these as examples of not accepting facts. I have a lot more thinking to do about this subject, but I thought I’d share three observations.

1. What does it mean to accept a fact?

Short answer: It means that you factor that information into your thinking, your expectations, and your planning.

For example, I have accepted the fact that I get sick more easily than most people, and that as a result, I need to maintain certain regimens of self-care involving diet, exercise, and sleep.

Let’s take sleep: I often need 8 hours of sleep, and my bare minimum is 7 hours in bed. If I get less than 7 hours in bed, or I get only 7 hours for several days in a row, I get sick with alarming predictability. The form of illness varies. I might catch a cold. I might be felled by a migraine. Or I might just be pinned in bed with vertigo. But the correlation between a short night of rest and lost work due to illness approaches 100%.

I’ve accepted this fact. I plan my life to ensure I get enough sleep. If I wake up too early, I stay lying flat in bed for at least 7 hours, even though I am awake, to guarantee I get 7 hours of bed rest. With this policy, I have radically improved my overall health.

If I had written this newsletter a month ago, I would say that this policy is an absolute, and I never make exceptions. But an exception happened last month.

With Hurricane Irma approaching, we had not expected to evacuate our home in Naples, Florida. But as the forecast got worse, and certain facts about staying became clearer, we concluded we should leave. This meant loading up the cats in the car and driving out the driveway at 9:15 p.m. to drive to Atlanta. Time was too tight. We could not wait until the next morning to leave.

It was clear I would not get my needed sleep that night, I knew I would sleep only for an hour or two at a time, taking breaks in driving. However, I went into the trip with my eyes open. I thought it likely that I would be sick for a couple of days afterwards and be unable to work. That was the price I would pay. It was more important to get to a safe place.

When I got to Atlanta, sleep was my priority. (I believe I slept for 15 hours.) I also took it easy for a couple of days, without expecting to work, because I knew I had reduced my reserves. I was pleasantly surprised that I did not get sick. But that was because I fully accepted the facts about how easily I get sick — I factored that information into my expectations and planning, and I was able to mitigate that risk.

2. What does it mean to refuse to accept a fact?

On the surface, it seems odd to think of not accepting a fact. What would that even mean? Facts are facts, independent of you. They are true, no matter what you do or say. They are facts, whether you “accept” them or not.

Here’s what failure to accept a fact looks like: You obsess about how you wish the fact weren’t true. You don’t want it to be true, and therefore you think about how bad it is, or how you wish something would change. You do this instead of factoring that information into your thinking, your expectations, and your planning.

This often happens in response to undesirable facts about other people. For example, there is more than one person in my life who is an advice-giver. Let’s make a composite and call him Sam — the paradigm advice-giver. He assumes that if I am unhappy or confused about something, I want advice. That is his go-to response to me, regardless of my intent. Indeed, sometimes he gets angry or frustrated, because he assumes I want him to solve my problems (which I don’t).

In fact, often I want only a sounding board — someone to ask me a few questions to help draw out my own thoughts. I might be unsure what the real problem was, or why I was feeling what I was feeling. In these situations, questions from a different point of view can be helpful. But this alternate purpose for the conversation just doesn’t occur to Sam. Ever.

I used to get frustrated and angry by Sam’s untimely advice, and even stew over how little visibility I got from him. I wanted him to be different. This is, of course, completely counterproductive. Other people are not under your control.

I finally accepted the fact that each of my “Sam’s” automatized response is to give advice, and I now factor that into my expectations and choices. Now when I want something other than advice, I make an explicit request. When I explain to a “Sam” that I’m not asking him to solve my problems, I’d just like to use him as a sounding board, he is quite willing to take on that role. As a result, what used to become an unhelpful, mutually frustrating conversation now becomes now mutually friendly — and very helpful.

Given that life is so much better when you accept facts about other people, what stops you from accepting them in the first place? I think that when you stew over an unpleasant fact about someone else, wishing it were different — though it is obviously out of your control — you are avoiding experiencing grief.

I would prefer to have confidentes who could anticipate my emotional needs all of the time. It would be a wonderful support to me, especially when I’m tired or stressed out. That’s when the extra energy needed to make my intentions clear can feel like a burden. I wish my “Sam’s” were more observant and sensitive in these situations. Having imagined what it would be like if Sam were different, I feel sad that I don’t have that support in those particular situations. I mourn the absence of that value.

Mourning the lack or the loss of a value can be quite painful. But it clarifies what matters to you, it resets you emotionally, and it leaves you free to find a different way to gain or keep that value that matters to you. That’s what accepting facts about other people helps you with.

3. What does it mean to accept yourself? Is self-acceptance a value?

This is a hard one — because although you can’t change other people, you can change yourself. I think “self-acceptance” means accepting your own mental state — which doesn’t mean you won’t change your mind in the future.

For example, one morning last week while in NYC, I found myself on the verge of tears for several hours, off and on. Clearly I was experiencing grief. The teariness was a loud warning bell that I had lost some value. I tried various emergency introspection techniques. These quick techniques often help to clarify the situation and bring me back to emotional center. In this case, they didn’t. I came up with a dozen or so hypotheses for why I was distressed, but none of them seemed to be “the reason” that brings clarity and closure in these situations.

Had I been at home, I would have dropped everything and worked through one of my in-depth introspection exercises to get to the bottom of the issue. These exercises are amazingly effective — they always lead to a significant insight. However, they take about 3 hours to complete. I was attending a workshop at the time, so I had neither the time nor the privacy to work through the steps. I kept trying the quick techniques, but I was getting nowhere.

Instead, I got increasingly upset that I was upset. I did not want to be on the verge of tears during the workshop — I was embarrassed to be so emotional. I knew that being upset with how I was feeling was a totally counterproductive vicious cycle.

At a break, I went outside so I could be alone to try to compose myself. It was while I was outside, wishing desperately that I could sort out my emotions, that it occured to me that I needed to accept my mental state.

Whatever was going on, it was not something that I could resolve during the time that I had available. I concluded that I must be facing a bigger and deeper issue than it seemed on the surface. It would need more time.

With this clarity, I immediately relaxed. I had a choice: I could leave the workshop and work it out, or I could put the issue aside, and come back to understand it at some time in the future. If I took this second option, I would need to recognize that I was emotionally vulnerable in the meantime, and be appropriately gentle with myself.

I chose the second option. By accepting my emotional state, I stopped trying to “calm down” and started noticing all of the little things that were triggering me. I didn’t take them too seriously, because I knew I was in an emotionally vulnerable state. I assumed that they were disproportionate responses. So, all I did was file them away mentally for future reference.

I still haven’t had a chance to sort out the deeper issue, but I have a mental file folder filled with relevant data. Sometime a similar issue will come up, and what I observed in this case will help me untangle both incidents at once.

In this case, accepting that I couldn’t change my emotional state at the moment helped me stop trying to do the undoable. I could focus my attention on what I could do — and that cleared my mind and made me more effective.

The bottom line from these three observations: In each of these cases, the facts that I accepted were facts about consciousness — mine or another person’s. It’s not so hard to accept a fact like “the store closes at 11.” It’s hard to accept facts when it seems like they involve your power of choice — and you could change them to meet your needs. But we often overestimate what is in our power at a given moment.  But that is another topic for another time…