How to “Forgive” Yourself 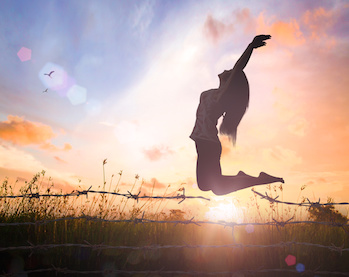 The common wisdom is that you need to forgive an injustice from another. If that means “to grant a free pardon for or remission of (an offense, debt, etc.)”1 then I am not in favor of it. I’m in favor of a just response. Admittedly, that is more challenging. Often overlooked by those seeking justice is the internal emotional work that needs to be done to identify and implement a just response.

The first part of this internal work is to settle your emotions sufficiently, so that you can gain total objectivity about the situation. It’s important to make choices with full clarity of the consequences for you as well as the other. In the grip of anger, you could easily take an action that further damages yourself and those you love, multiplying the destruction of the original injustice. This is why simply distancing oneself is so often the just response to an injustice.

The second part of the internal work is finding emotional closure, apart from any action you take, so that that the injustice does not weigh on your mind, distract you from your purpose, and continue to trigger suffering. That is a total waste of energy, which also multiplies the destruction. How unjust is that?

A book which equated “forgiveness” with this internal work of justice expressed these ideas eloquently. The author wrote: “We must forgive those who we feel have wronged us, not because they deserve to be forgiven, but because we love ourselves so much we don’t want to keep paying for the injustice.” And later: “When someone can touch what used to be a wound and it no longer hurts you, then you know you have truly forgiven.” He said it is not right for you to suffer many times for the original injustice, and then went on to discuss the same issue with respect to “forgiving” oneself.2

I was struck after reading these passages that although I have worked hard to reach emotional closure regarding injustices from others,3 I hadn’t done the same for some of my own past mistakes. Perhaps you, too, have incidents from many years ago that make you cringe when you think of them. It had not occurred to me that these could and should be put to rest by an internal process.

I decided to create one. I listed some steps, based on what I knew about getting closure on an injustice. I promptly went through them to try to put to bed some embarrassing incidents from my youth that still made me cringe. In the process, I added two more steps.

Here is the final process, to be used with “thinking on paper”:4

In answering the questions, I discovered that I had not already learned from these incidents.

Until I did this exercise, I did not realize that these incidents still made me cringe because I had unfinished business with them. As a valuer, I needed to understand these incidents more deeply.

By working out the answers to these questions, my feelings about these incidents changed overnight. One of them has finally settled to sadness. The rest now seem a little humorous. I expect that the other people were flummoxed by my behavior, and I am left smiling and shaking my head.

With 20:20 hindsight, I see this is just another concretization of the pervasive need to introspect one’s emotions. Accepting facts means accepting your negative emotions about the fact. That is necessary, especially when the negative facts concern yourself.

1. First definition of “forgive” in the Random House College Dictionary, © 1968.

2. The Four Agreements by Don Miguel Ruiz. Though I found this book stimulating, I don’t recommend it. I recommend only those books I judge to be essentially true and clear, as opposed to those requiring philosophical detection, translation into a cognitive context, and other detailed analysis.

3. Thinking Lab members: For help with reaching closure after an injustice, see the work on “Dissolving Enemy Images” and “Transforming the Pain of Unmet Needs.”

4. I teach “thinking on paper” in my freebie: Multiply the Power of Thought.