Taking Facts About Your Mind Seriously 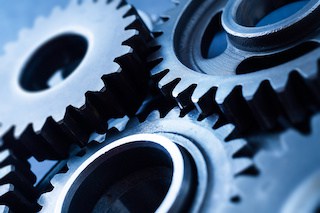 Consciousness has identity. It is what it is. It can do some things and not others. Some aspects of it are directly introspectible, others can only be inferred. This is a fact that one learns in philosophy class. Knowing it helps you solve real-world problems whenever they have a mental aspect because it helps you take the problem seriously.

For example, when I coach members of the Thinking Lab, they often say something like, “I’m completely overloaded. I can’t do all of this. I can’t figure out what to do.”

Okay, well, overload is a real issue. There is a real limit to how many ideas you can fit in your mind at once. Your mind is not functional without spare crow space to think. This is a fact. You need to take it seriously. That means accepting that fact (and all of your emotions about the fact) and moving on to, “What am I going to do, given that fact?”

When you accept the facts, you change the nature of the problem.

For example, I remember when a friend of mine bought a couch that was too wide to get up the stairs to his apartment. He lived on the 4th story of a brownstone in Boston’s Back Bay. By accepting the fact that the couch was not going up the stairs, he freed himself to look anew at his options.

He now had two kinds of options: options that got rid of the couch (return it, donate it, sell it) or options that involved finding an aperture big enough for the couch to get through. He hired a crane and a crew to bring the couch in through the big window in his bedroom.

Similarly, when you take overload seriously, you get two kinds of options: those that involve giving up on any thinking process (melt down, run away, flail) or those that involve reducing the mental load so that you can think. Need I say that I recommend the latter?

You indirectly control how much pops into your mind

There are many ways to reduce a mental load so that you can think. I often recommend you offload what’s on your mind onto paper, which reduces the short-term memory burden. But there is a mental solution, too. It is based on another relevant fact about consciousness: you have indirect control over how many ideas are coming up and filling your crow space.

You directly control what you’re paying attention to. What you pay attention to then affects the thoughts and emotions that pop up from the subconscious. Emotions can arise lightning fast. In contrast, thoughts take a couple of seconds to pop up. Setting an intention — a purpose for yourself — will speed up the retrieval.

If you want to test these assertions, name three countries in South America. Do it now.

Did you do it? Or are you irritated that I’m interrupting this article and impatient for me to get to the point? Or were you curious where I was going with this and why I chose South America? Or some other emotion? The emotion likely popped up quickly — in response to your thoughts about my question.

You have now witnessed this fact.

Since you indirectly control what pops into your mind, you can reduce overload by turning your attention to something that triggers less information.

Indeed, you may find that this is the root cause of distraction in some cases. If you are unpleasantly overloaded by some demanding task, any easier task or off-topic distraction will be appealing. Turning your attention to it will reduce that unpleasant overload. Almost any topic will do — you just need to get your attention away from the topic that is triggering the overload in the first place.

Of course, letting yourself get distracted doesn’t solve the problem.

There is an on-topic alternative: Look at the problem more abstractly. Instead of thinking about the concrete messy details, turn your attention to the bigger picture. Evaluate the logic of your thinking, or the usefulness of your goals, or the wider context. This is called, “going to the meta-level.” Think of it as shifting into a lower gear to get more traction.

So, for example, if you are mired in the details of a project, step back and ask yourself questions such as: What is the purpose of the project? What would be most helpful to get done first?

Or if you are in an argument with someone going in circles, step back and try to name the purpose of the discussion.

Or if you are getting nowhere trying to motivate some work, ask yourself what the elephant in the room is.

In all of these cases, you switch to looking at the problem more abstractly. You turn away from the concrete details, which reduces the load. The abstractions condense a lot of information. They are designed to take up less crow space than concretes. Often you can get tremendous leverage in solving a problem by going to the “meta-level.”

A case study in applying these lessons

Here’s an example of how taking these mental facts seriously can help you solve a thorny problem.

A long time ago (20 years?), I had a lot of trouble with my writing. It was always unclear. My husband, an excellent writer, couldn’t understand the trouble I had editing to make it clear. He offered to help me analyze a piece I’d written. He suggested that I think aloud about how I would edit the piece, with him listening and reading along. So we did.

Because I felt a little nervous, I tried to be thorough. I spouted off issue after issue just in the first paragraph. After an eternity — maybe 10 minutes — my husband interrupted me. He said, “Yes, that’s right. Those are the problems. Why don’t you fix those?”

Two things came out of this discussion.

First, I hadn’t taken the mental problems I saw seriously. I could experience confusion in response to all of the imprecise statements and unanswered questions I had pointed out in the paragraph. When he confirmed that he saw the same problems, I realized that I needed to take my own confusion seriously. I needed to clarify every one of those confusions in order to make that one paragraph clear. If it was unclear to me, it was unclear, period.

Previously, I would try to fix what seemed like the biggest problem. I shrugged fatalistically at the lesser problems, thinking the reader would get what I meant, somehow. But the result was lousy, unclear writing. I finally started to write well once I became serious about fixing every single unclarity I could identify in my own writing.

Second, there were too many problems to deal with. Literally. I could keep reporting them as a stream of consciousness indefinitely. Listing all of the problems was overwhelming. I could never have kept track of them all, much less have fixed them all in a reasonable period of time.

This is a classic situation in which you need to go to the “meta-level” to reduce the mental load. The list of problems is too long. Putting it on paper would magnify the problem. The problem needed to be transformed into something more manageable.

When I stepped back to assess the situation at the meta-level, I saw that I was getting bogged down on a topic that was not important in itself. My purpose at that stage was to develop my writing skills. But all I was doing was spinning my wheels.

Duh. I was trying to write about something I didn’t fully understand myself. That’s why there were so many issues — too many to address with editing. I drew the logical conclusion — I needed a radically different approach to choosing writing topics so there would be a manageable number of problems to solve when it came to editing.

This became an important test of objectivity for myself. If I couldn’t fairly easily get a draft that was editable, I didn’t know enough to write on the topic. With this insight, I have saved myself countless hours of wasted effort over the years.

The moral of the story is: consciousness has identity. If you don’t know enough, you can’t write. If you’re overloaded, you can’t think. If you take such mental problems seriously and accept the facts about the way your mind works, you can identify the very real options you have for achieving your goals.

Share this page
← What Goes in Your "6-Pack" Each Day? Recovering a Benevolent Universe Perspective →