What is “Crow” Overload? 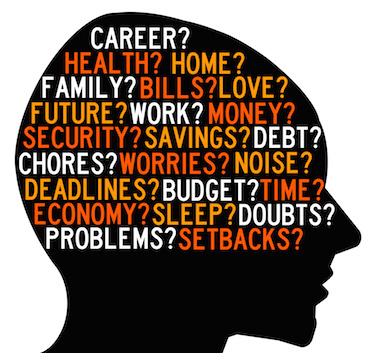 Mental overload is the #1 obstacle to thinking. Whether it’s too many things to think about, too many emotions to give you space to think, or too much complexity to untangle in your head, it is THE problem. Indeed, what distinguishes humans from animals is that we have more mental abilities to deal with overload. Ultimately, that is what language does for us: we can identify highly complex issues such as supply and demand, individual rights, and the division of labor using words (technically, concepts), which animals cannot begin to grasp.

Since I teach mental skills, overload comes up as an obstacle to overcome in many situations. You cannot think straight when you are overloaded. Technically, what happens is that you exceed your psycho-epistemological capacity.

How about one word, one syllable? I use the word “crow.” Yes, the word that currently refers to a black bird.

Why crow? There hangs a tale. The earliest known discussion of the problem of mental overload includes a memorable story about a crow. It comes from a paper by Sir John Lubbock published in Nature in 1885.

A hunter wanted to shoot a crow, which he considered a nuisance. It turns out the crow was too savvy. If the hunter came to the area, the crow hid until he left. Yes, he was playing “Hide and Go Seek” with a bird.

Thinking to outsmart the crow, two hunters came. The bird hid. Then one hunter left, and one stayed behind, hoping the crow would come out so he could get it. But the crow wasn’t fooled. It stayed hidden. The hunters tried again with more people. Ultimately, they needed to send in 5 hunters, then have 4 leave, in order to fool the crow into thinking it was safe to come out.

The crow had exceeded its psycho-epistemological capacity. It couldn’t tell the difference between a group of 4 or a group of 5 hunters. It saw only that many hunters came in, and many left. Just as with humans, when overloaded, the crow Can’t Really Operate Well. Get it? CROW.

Now, I know you may find this hard to believe, but I haven’t read all of the back issues of Nature. I know the story because Ayn Rand told it in one of her books, and I know the Nature article because one of her fans found the article.

Thanks to this story, a slang use of the term “crow” developed among Ayn Rand fans, including me. It turns out to be helpful to have a simple, one-syllable word to refer to that space in your head that gets filled up. That’s what I mean by your “crow.”

Here’s how the slang term works: When you are overloaded, you can say, “you’re overloading my crow,” or “my crow hurts,” or “I can’t fit another thing in my crow,” or “I don’t have enough crow space to deal with this.” When you hear or read something that is easy to take in, you say, it’s “crow-friendly.” If it’s mind-busting, it’s “crow-unfriendly.”

This simple word not only helps us name the situation easily, it also subtlely reminds us that unlike crows, we have a remedy when we are overloaded.

Humans can get overloaded just like crows. We may be able to spot the difference in number between 4 and 5, but we couldn’t easily distinguish a group of 22 and 23 without….drum roll please…counting. Concepts of number let us identify the quantity of a group of 22 items and hold it as one unit, the number 22. That fits in our crow. Once we turn the quantities into numbers, we can compare 22 and 23 and see they are different. Concepts and conceptualization are our means of reducing complex issues to bite size pieces that fit in our crow.

So, I’m on a whimsical yet earnest campaign to introduce the word “crow” into the English language. Helping thinkers eliminate crow overload is my mission in life. Will you test drive the term “crow” for me? I think you’ll find it helpful, too.