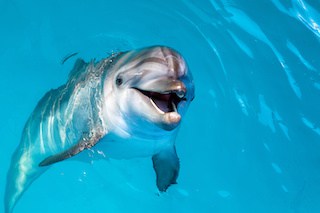 Emotional resilience is your ability to recover a benevolent universe perspective after experiencing distressing emotions. After an incident that draws your attention to threats, problems, and difficulties, can you get back to seeing the world as filled with your values? Can you see around the threats to the opportunities to pursue what’s important to you? Can you view the negatives simply as risks to factor into your decisions and obstacles to plan around as you pursue your goals? What does it take for you to become matter of fact about the difficulties rather than overwhelmed by them?

These are not idle queries.

Why the threat orientation is a problem

The transformation I just described is a change in perspective from seeing the world as filled with threats where life is an emergency, to living in a world of values in which you navigate around obstacles to achieve your goals. The product is the benevolent universe perspective, or for short, a value orientation.

The easier and faster you can regain such a value orientation, the happier you’ll be.

You will also be more creative. A threat orientation shuts down creativity whereas a value orientation feeds it.

You will also be more productive. A threat orientation puts sand in the gears, making every action less pleasant and more effortful. Work becomes a slog. In contrast, a value orientation fuels a virtuous cycle of success in which momentum, joy, and efficacy grow in concert.

You will also have better relationships. A threat orientation makes it much more likely that you’ll interpret other people’s comments defensively, and say things that trigger other people’s defenses. A value orientation is the key to creating connection and communicating clearly.

In contrast, stewing over bad stuff is a mini-version of fighting reality. It’s only after you fully embrace the unpleasant facts that you can think about what you’re going to do. That’s because you have no way forward until you know the specific values that are at stake for you at this moment. That is what gives you a direction to the way out.

When it’s bad — what is the good thing that is threatened by this bad thing? Then the next step is to figure out how to get this good thing, given that the bad thing is a fact.

That last is the benevolent universe perspective. It is not a pollyana denial of negatives. It is a constructive approach to dealing with the facts so you can get what matters most.

You can see this even in a simple example. For example, suppose your car is taking longer to be repaired than was promised. You’re in a lurch and you become upset and angry about the situation. If you focus on everything wrong, you can stew in that upset indefinitely. As a consequence, you’ll be distracted from work and unpleasant to talk with.

As for the delay: is this a bad thing? There is no intrinsic badness in a delay. Sometimes it won’t matter to you at all.

Suppose you are upset because you wanted the car for errands and some of them are urgent. Once you turn your attention to gaining these values, you have lots of choices — rent a car, borrow a car, call a taxi, arrange for delivery, delay the errands until the car is out of the shop. But you won’t start generating the constructive alternatives until you accept the given and identify what you want now.

You may be thinking that it’s “obvious” that this is what you want, but it’s not. You could imagine a different case in which you didn’t have any urgent errands. Rather, you were upset because the car is always in the shop. In this case, if someone suggested you could borrow or rent a car you might be angry. Of course you could do that. But it wouldn’t help you gain the real value you were after, which you might not be too clear on.

When you’re feeling frustrated and upset, your emotions are drawing your attention to the bad things in the situation — the mistaken prediction, the problems with the car. You get a little bit of tunnel vision on the problems, which, if you don’t catch it, often leads to assuming that the people and things are the problem. You start blaming the mechanic (“He’s no good!”) or the car. (“It’s a lemon!”) You just want them to shape up or be different.

Incidentally, this is what it means to fight reality. The car is the car, and the mechanic is the mechanic, and the car is not ready as originally foretold. Ruminating about how you wish these facts were different doesn’t make it so and is not a good use of your time.

The way forward is always to figure out the value that is most important to you in the circumstances.

Let’s stipulate that you want reliability and predictability and the freedom to think about other things rather than car repair. Now you can do some constructive thinking about the situation.

What does the mechanic contribute to the problem? Is he working efficiently? Is he being rational when he makes predictions? Are you spending a lot of time trying to decide if he’s honest or just ineffectual, and is that taking time away from focusing on more important issues? There may be unknowns, but once you know you want predictability and reliability and freedom to think about something more important, you know how to judge him.

What does the car contribute to the problem? Does it have a lot of miles on it? Is there one system that is the source of the problems that needs a major overhaul? Should you be thinking about getting a new car? Once you know you want predictability and reliability and freedom to think about something more important, you know the spiritual considerations that can help you decide whether to invest more money in this car, or another car, or limp along a while longer putting in as little money as possible.

You are now in the driver’s seat

When you switch to the value orientation, you take charge of the situation. You take ownership of any problems. You unleash your mind to find the best way forward.

All emotions are triggered by a recognition process. When you recognize a value at stake in the circumstances — i.e., a value that will be gained or lost, preserved or damaged, depending on your choice of action right now — you will feel an emotion.

All emotions are designed to grab your attention because something seems to be important. Value-oriented emotions alert you directly to the values at stake. Threat-oriented emotions alert you only indirectly to them. Both of these are a good thing. You want to be alerted if there is a threat. You are not a victim of circumstances. You need to know the good and the bad so you can get the good.

But to do that, you will need to take several steps to figure out what values really are at stake, and what you can do to gain them. You need to regain a benevolent universe perspective.