Stop Those Circular Conversations in Your Head and Get Some Sleep 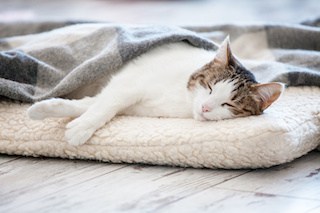 Here's a common problem: you wake up at night, working through a difficult conversation you are going to have. You find yourself wide awake, in a loop where you keep trying out the conversation in different ways. Or maybe it's not a conversation, it's a tricky decision. You imagine making different decisions and what the outcomes will be, none satisfactory.

This kind of thing can keep you wide awake at night for hours. The cure is “thinking on paper."

When you keep imagining an event in your head, again and again, you are facing the same kind of problem as when a writer gets stuck on a sentence and keeps editing it. You are editing in your imagination instead of on the paper, but it's the same logical problem.

The cure for that type of writer's block is to think about what you want to write before trying to formulate the prose. If you get into an editing loop, the best thing to do is to complain about the sentence you are trying to write. That will help you figure out why your formulations aren't working. You deliberately switch to thinking about the material instead of trying to communicate it. The principle is: think before you write.

You need to think before you act, also. And when you are imagining the action and it is not going well, what you need to do is not continue going over the same handful of unsatisfactory scenarios again and again, but to think about the underlying issues. The way to do that is with "thinking on paper," perhaps starting with a little complaining.

But breaking out of an imagination loop is hard — even if you are thinking on paper. You will often find that the pen stops as you go off into imagination. You feel as though if you just run the thought experiment one more time, you'll see how to work your way through it.

In these situations, you need to be honest with yourself: if it's not working well in your imagination, there is something missing in your approach. The best thing you can do is to sit down and think about what the problem is.

For example, one night I was awakened with thoughts about a difficult situation with a woman in an organization I would soon be presiding over. The conversations I imagined having with her seemed to go all wrong.

Knowing "thinking on paper" was the cure, I turned to my journal.

"Thinking on paper" can be a little subjective. In this case, I literally started by writing: "So the loop came on and I think I know what this is about. It is about..." That would be obscure to anyone who hadn't read this article. But that was just a warmup. I then wrote all about what was bothering me. It helped me to say "so the loop came on" because it reminded me why I was doing the thinking on paper — I wanted to break out of the loop.

I needed that reminder to keep me on track. After I would write a bit, I'd suddenly find myself in another thought loop, imagining the conversation. But since I had set the right context, I could pull myself back to paper. I took myself in hand, stopped, and wrote:  “I need to keep writing.” If you looked at the page, you'd see a little later in my notes: “Keep writing.” A little later: "That triggered [an imagined] conversation, too." Whenever I caught myself, I went back to thinking about the conversation and why it was hard, instead of trying to imagine the conversation. Having the paper to support that goal made all of the difference. After 4 1/2 pages I had a major insight, felt closure, and could go back to sleep easily.