How to Be Decisive to Avoid Churn 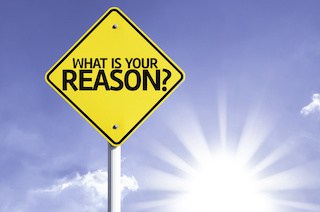 One of the problems of having many projects at once is that there's a tendency to churn — to work a little on one, then a little on another, without making good progress on any.

The general solution is to prioritize: to choose one project (or one chunk of a project) to work on first, and work on it until you reach the appropriate stopping point. This is easier said than done, and a crucial skill needed to execute on priorities is decisiveness. You need to make a relatively fast decision about what to do first, and then stick to it.

When your priorities are crystal clear and compelling, it's not that hard to make a decisive choice and stick to it. But relatively fast decisions are rarely ironclad, deeply compelling decisions. They are often based on partial knowledge and optional choices. And that means at some level you know that new information could come along and change your mind about what to do.

Churn occurs when you are too open to reopen the decision.

For example, you may think it doesn't matter which task you work on this morning, but you need to choose one, so you pick project A. Then when you get an email about project B, you feel free to switch because "it didn't matter."

Or, you might decide to get project B done first because you can finish it in a short time. But then someone asks you to do an even shorter task, and it seems okay to drop project B for project C.

I believe both these examples represent mistakes. Nothing changed in the situation that would warrant changing the decision. There was no significant new information, so it is a mistake to reopen the decision.

The key to decisiveness in these cases is to be crystal clear about the reasons for your decision in the first place, including the meta-reasons (such as, it's better to work on one thing at a time than churn between tasks) and assumptions (the task could be done before lunch). You don't reopen the decision unless one of your reasons or assumptions is invalidated.

My essential recommendation is: explicitly name the reasons for your quick decision. Write them down if need be! And use them to ward off interruptions and diversions that don't change the logic of the original decision.

You don't need brilliant answers to them. "I needed to pick one to get started." "The other manager would prefer I work on his project, but I think this is the best use of my time this morning." "I have some time I'd like to take advantage of."

These meta-reasons are perfectly valid. When you choose between two options, you aren't going by whim; you are going by a higher-level reason (that it's good to do one thing at a time).

These questions help make sure you focus on the meta-reasons for making the decision and that you have considered the most obvious issues.

If you have answered these questions, you can then tell whether or not to reopen the decision when something happens that tempts you. Does the new information materially affect anything in your decision process? Was an assumption wrong?

If you thought the task would take 30 minutes, and it's been two hours, you probably should rethink it. But if it's been only 15 minutes and you're feeling tired of slogging — you should probably stick with it for the planned time.

If you make the assumptions explicit as part of the decision-making process, you can be confidently decisive, knowing you will be able to judge accurately whether to stay with it or rationally reopen it later.