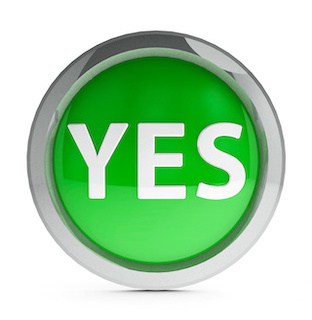 Many people get stuck prioritizing, because to say “yes” to one thing is to say “no” to another. That “no” feels like giving up something that’s important. Faced with the need to prioritize, your subconscious exclaims: “But I want them all.”

Of course you do. Let’s stipulate that everything on your wish list is something that is good, in principle, and would be a benefit to you, all things being equal. Therefore, every single one of your wish-list items has the power to stimulate desire in your soul.

In turn, the idea you can’t have one of them will trigger sadness. If you envisioned having achieved the goal and imagined the joy it would bring, your decision to drop the goal will feel like a loss.

There are several bad ways to deal with this difficult situation, which will add misery and suffering to the sadness.

If you focus on how bad it feels to give something up (a form of emotionalism), you will probably avoid making the choice, and you will continue to get nowhere. You’ll get stuck in a loop in which your goals are competing endlessly with one another for your resources, and you never achieve any of them. This makes you feel like a failure.

If you let circumstances direct what you do, you will probably get something done, but you won’t know that it’s the best choice for you. Usually if you don’t make the decision yourself, other people’s priorities substitute for your own choice (a form of second-handedness). You will feel like you’re sacrificing your priorities to those outside pushes and pulls, even if you would have made the same choice. This kind of a choice makes you feel like a victim, in part because you never do figure out what matters most.

If you decide you have no choice but to “suck it up” and pick one no matter how you feel (a form of selflessness, specifically a duty premise), you will continue to regret the unchosen paths. Your successes will be undercut by the conviction that you can’t have everything you want, and you’ll be left with a feeling of deprivation.

The solution: clarify the values at stake

All of these are self-sabotaging attempts to address a very real challenge. What you need is to say “yes” to your own top priority, decisively, while still honoring the other values. That is what ensures you feel good about your decision and you get satisfaction from your efforts. To do that, I recommend you clarify the values at stake in three ways:

(1) You need to see that letting go of the lesser priority is necessary for the pursuit of a greater value.

(2) You need to see that you are not giving up on the lesser priority per se.

(3) You need to see the downside of keeping the lesser priority going.

For example, some years ago I deliberately put off two product releases I had been working on in favor of pushing to get a system upgrade into Beta Test. I had been working on all three projects, with no momentum on any of them. This often happens when you spread yourself too thinly. I finally realized that to get results on any of them, I needed to devote my time to one. I needed to make one of them my initiative. Beta Test was clearly the most important, so I dropped the other two projects from my agenda for the time being.

Mind you, I didn’t want to drop the two product releases. In particular, one of them was the release of my “Just-in-Time Planning” course, which I piloted in the Thinking Lab in 2010. It was a fantastic class on goal setting and project planning, and I had decided I should release it on CD. I had had someone edit the audio. I ran several bonus calls related to it. I drafted a sales page for it. I invested a lot of time in that product over a period of years, and I wanted to get it finished and to make sales from it. To put it off again felt horrible until I clarified all of the values at stake.

Step 1: See that letting go of the lesser priority is necessary

First, I needed to see that delaying the product releases allowed me to pursue a greater value.

In this case, the Beta-Test project was critical to solving the basic problem: not enough time to work on all of my projects! The Beta Test was to test an upgrade to my husband’s membership program that  I administered for him. Once we upgraded, renewals would be automated and put online. Not only would there be less administrative work, once it was online it could be delegated. I needed that project finished to free up my creative time to do things like work on new products. So, the bottom line was that the Beta Test was a means to a huge value — more creative time for my own work — which was more important than getting any particular product available for sale right now.

Step 2: See that you are not giving up on the lesser priority per se

Second, I needed to address the fact that when you downgrade a project, you may never finish it.

“Not now” often winds up as “never.” How many times have you put off a project, expecting to get back to it later, but then the situation changed and you never did get back to it? Knowing that pattern, you may be reluctant to put off today’s important but only #2 project. To address the fear of “maybe never,” you need to find some way to honor the deeper values involved.

For example, knowing that I might never release these two products, I needed to remind myself that I was committed to product development per se. I already had a couple of products for sale. More products sooner would have been “better,” but two now was fine. There was no question that I would return to product development after the Beta Test.

In addition, I needed to recognize that my past effort had not been wasted, even if I didn’t ever go back to those products. For example, the release of Just-in-Time Planning had been delayed because I came up with a better way to explain a central concept, which I now call “planned evolution.” That term had never been used in the 2010 course. I had invested a lot of time clarifying “planned evolution,” and more time trying to figure out exactly how to combine it with the old course. That effort advanced my understanding, no matter what.

Step 3: See the downside of keeping the lesser priority going

The moral of this story is that you can’t funnel your passion to say “yes” to the top priority unless you address the challenges to saying “no” to the lesser ones. You can’t pretend the lesser priorities don’t matter to you. You can’t shirk the responsibility of choice. You need to work out exactly why dropping or downgrading the lesser ones is good for you. You need to face the problems with maintaining the status quo. And most of all, you need to understand the value of those lesser priorities and why they matter, so that you can commit to coming back to them in some way, shape or form in the future.

Share this page
← Stop Those Circular Conversations in Your Head and Get Some Sleep FAQ: What Is a Value Hierarchy? →