Introspect So You Can Take Action 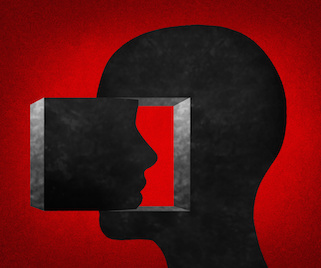 A member of the Thinking Lab came to a consult the other day to discuss a situation from work that was bothering him.

I blithely suggested he needed introspective work — meaning he needed to identify the deep rational values at stake underlying his feelings. I suspect he was a little frustrated by that response, because he had already introspected for that exact purpose. He had an excellent understanding of why the situation bothered him.

At the time, I sensed that there were other issues contributing to his frustration about the situation, and that more introspection would help. After talking briefly, we found three separate issues involved, one of which had not been on his radar. As we talked it through, we came to resolution on all of the issues.

I’ve seen this many times before. You often need to do more introspection than you think to address all of the emotionally charged issues. I thought I would write a newsletter explaining the need to do multiple passes of introspection.

However, as I wrote it up, I realized that the advice to introspect more thoroughly, though valid, was not sufficient. In truth, he had accurately identified the most important values at stake in the two biggest areas of concern. So what had we done in our discussion? We figured out the implications for action.

That last step — figuring out the implications for action — is what settled the issues for him and cleared the emotional decks. This is yet another case in which I now see that a process which is generally understood as helping with emotions is really a process for understanding, forming, and pursuing values.

So here’s what I understand happened, with 20:20 hindsight:

The bottom line was that he had three emotional reactions: Guilt, annoyance, and concern.

He felt guilt, because he had made a mistake. He takes pride testing his work before releasing it. As he said, he’s the one fixing the bugs, not making them. Pride is the virtue of constant self-improvement. He wanted to determine how the mistake was made, so that he could consider how to avoid it in the future.

Interestingly, when I asked him what process he had used for testing, it became clear that he hadn’t made a mistake per se. He had made a plan for how to test the code before releasing it, and had discussed the plan with a colleague. Neither of them had any knowledge that the new feature could be affected. Nor was there any system documentation that they could have or should have referred to. In other words, there is nothing obvious he could have done differently to prevent the problem. He was experiencing unearned guilt.

Often, when you realize that the feeling you have is based on a mistake, the issue vanishes. In this case, it didn’t. Though the guilt was unearned, Anthony’s value — constant self-improvement — was still at stake, whether he was culpable or not.

However, by means of this introspection work, he’d gained clarity: the root cause of the problem was a systemic lack of documentation, which often happens at small companies.

It is unrealistic to expect engineers to be omniscient about systems. Things will slip through the cracks if you lack documentation. With his value of improvement in mind, he came up with a simple way he could start documenting the system with minimal overhead. (It used the “planned evolution” method that I teach.) The action plan resolved the guilt issue.

The same was true with Anthony’s annoyance. Anthony felt annoyed at the customer service person, who had jumped to the conclusion that the problem was more widespread than it actually was. Anthony had seen this before. He wanted better support for the customers. Again, the solution was not “they shouldn’t make mistakes.” The solution was to create a system to help the customer service people identify whether they had enough information to take an action that would impact external customers.

Finally, the last feeling Anthony had was concern — concern that a new feature would get a bad reputation for instability, which might make it harder to get users to adopt it. As an engineer, he values innovation. He wanted to protect that feature, and make it robust.

This was the value that had not been obvious to him before we talked. As we talked, he realized that this was the deeper reason he was still bothered by an incident that had had very little impact on very few customers. The incident was a concern, not because of the number of people affected, but because it could jeopardize adoption of a new feature. And he is an advocate of new features — and making them work so that customers will use them.

Seen in this light, both of the solutions we had already discussed gained value-significance. Both documentation and decision procedures would help make new features more reliable.

This is important, because at a small company, it can be difficult to get the staff on board for new quality control process. But Anthony is now deeply motivated — because he sees the documentation as a way to support the innovative features that he values.

Deeper introspection helps you understand why you feel what you feel. This is important for understanding what matters deeply to you about the situation.

But if you stop with identification of values, you don’t get the full benefit of introspection. The real payoff comes from identifying what you can or will do to gain and/or keep the values at stake. This is true even if there is no action possible. If you have achieved a value, it’s time to celebrate it. If you’ve lost one, it’s time to mourn it.

In all of these cases, it is following through with action that grounds you emotionally. Closure comes from action.