FAQ: How Do You Save Your Mental State? 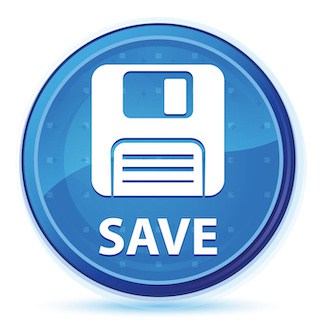 A while ago, one of the Launchers came to a coaching call with a problem. He had done fabulously creative work in analyzing some financial trends — by working through the night until 5:00 a.m.

In one respect, this was progress. He had come to an earlier coaching call with the problem that he couldn’t concentrate on this critically important creative work. After some discussion, it came out that he didn’t have any motivation problem with the work. He had a scheduling problem. He was trying to force himself to do the work during regular business hours. But there are distractions during the day, and he is a night owl. Since he has the flexibility in his schedule, he decided to experiment with working from 8:00 p.m. to midnight on it.

Experiment is the key word here. Not too surprisingly, he had solved one problem only to reveal another. He had no problem starting work; he had a problem stopping work once he got on a roll. Now we knew what he really needed my help with.

Not wanting to stop work when you are firing on all cylinders is understandable. This kind of immersive experience occurs only after you have taken the time to warm up a deep, relevant context of knowledge. That’s what permits you to make connection after connection.

But this highly productive state is fragile. If you are forcibly interrupted, you will lose that context. Once you lose it, you’ll need to start all over again to try to get back to a similar place. And who says you will ever get to that exact state again?

So it makes sense that even as the night wore on, the financial analyst was tempted to keep working until he reached some natural conclusion to his work. He didn’t want to lose his work or waste the effort he’d already put in.

I know of productivity coaches who look at this fact and then recommend you just clear your decks and ignore everything else until you finish your project.

I suppose the “drop everything else” approach works for some people. But it didn’t work for our financial analyst and it doesn’t work for me. Most people have constraints on their time that they need to work around. Even if you can choose your own schedule, as I can, marathon sessions may not work for you. They are physically and mentally exhausting. If you run out of steam before reaching a stopping place, you’ll be in just as much trouble as if you had been interrupted by someone else.

What you need instead

If you want any kind of balance among health, work, relationships, and recreation, you need some way to do this intense, creative work in defined blocks of time of perhaps as little as two hours. If you can’t reach some kind of stopping point in that time, you need some way to save your mental state so you can come back to where you were.

I first learned about saving your mental state when I started doing “thinking on paper,” a tactic that you can learn from my (free) Thinking Directions Starter Kit. I do most of my intellectual work using “thinking on paper.” One side benefit is that if I ever get interrupted, I just re-read what I last wrote. I get instantly back into my previous mindset.

I found it so helpful to be able to regain my state that I realized I needed to do this in other situations. I developed a simple tactic called “Mental Cleanup” for those times when you get interrupted or have to stop in the middle of something. It’s explained in the Thinker’s Toolkit, but the one-sentence version is: Take three minutes to write down takeaways, open questions, and next steps. This tactic enables you to pick up where you left off in most cases.

The principle here is: there is an objective need to save your mental state at times when you are working on a complex issue. When I was an engineer, we created testing procedures that saved the state of the system so that we could go back and pick up from a known point. You need a similar process for your own brain.

Your process may be unique

Unfortunately, neither “thinking on paper” nor “mental cleanup” sufficed to save the state for our financial analyst. He had multiple screens open at one time plus such complexities in his head that trying to write down that state was just too hard. We chatted a bit about what might work, and I suggested he try a voice memo to himself. That worked. He now had a way to start, stop, and pick up where he left off.

Recently, I was talking with a different Launcher, a high-powered engineer, and it turned out he was having the same problem with somewhat different constraints. He is the company troubleshooter. When there’s an amorphous problem in the system, he’s sent in to figure out the root cause and make a recommendation for the best way to solve it. When he starts, he has no idea where his investigations will lead him or how long it will take. He wants a big block of time to get immersed in the troubleshooting, but he has day-to-day responsibilities too.

I suggested he try blocking out a prescribed amount of time and using the “voice memo to self” method that had worked for the analyst. At first, he thought this wouldn’t work for him. When I asked why, he reported that one of his problems was his bosses interrupting hime to ask for an update. Stopping to try to communicate the situation was itself an interruption that caused him to lose his place.

This is a great example of the fact that only you know your exact situation. You need a solution that works for you.

But of course, once he named the problem, we were able to see some possibilities. I pointed out that the voice memo to himself would be different. He would be talking to himself, not to his bosses. His only goal would be to explain to himself where he was, what he was doing, and what he would do next when he returned to the job. He then saw he could solve both problems by using the voice memo technique. He would do the voice memo to self, then proactively write a sentence or two status update for the boss. He would keep that at hand, so he could just send off a prepared update when asked, rather than stopping to formulate it in the middle of work.

Will this be practical for him? I hope so. I haven’t heard back at this writing. But if it doesn’t work, I am not worried. He will have captured more information about his mental needs, and that will be the starting point for eventually solving this problem.

Voltaire says, “No problem can withstand the assault of sustained thinking.” When you can save your mental state, then pick up where you left off, you can sustain thinking indefinitely. It’s worth spending a little thinking time to figure out what that process might be in your case.

Share this page
← The Missing Step That Keeps You Flailing Do You Want to Add Bright Spots to Your Day? →