You Can Break the Vicious Cycle of Unproductive Emotions 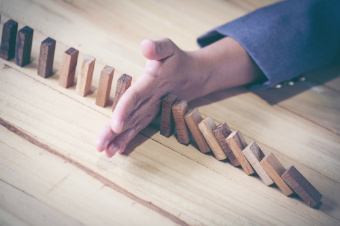 I’ve become a fan of Brooke Castillo’s “Self-Coaching Scholars” program. I find her methods to be a valuable complement to the ones I have already developed. She’s helped me speed up how I deal with distracting, unproductive emotions, while still maintaining the self-respectful, value-oriented perspective that is essential to success.

For example, I recall a particularly frustrating call with a vendor. A seemingly small task had dragged on for a month despite four previous calls to the vendor. It remained unresolved after the fifth call. When I got off the phone, I was steaming about the poor customer service I had received. I took a couple of steps to move the process further along, including identifying an alternate vendor, and scheduled the follow-up I needed for a couple of days later.

The task was finished, but my mind was still caught up in ruminating over what the person had said, how I had responded, and what I needed to do going forward.

The key word here is ruminating. Ruminating is not thinking. It is an emotional loop. It gets you nowhere. Worse than that, it sucks you in. My anger and frustration were exacerbated by fear that this ruminating would interfere with the creative work that was scheduled for the next time block.

In the old days, the ruminating would have interfered, because it would take me half an hour to settle down when I was that angry and frustrated. I could use an “empathy bath” or other introspective tactic to settle down, but it wouldn’t be fast. I used to think that this was just a biological fact–that some emotions take a while to settle for some people. I don’t think that anymore.

Now when I am in turmoil, I use Brooke’s “Self-Coaching Model” to get objectivity on the situation and shift my mindset. The technique shows you how you own your motivation. Your thoughts–specifically, your evaluations of the present circumstance–determine what emotions you feel, which in turn motivate your actions. Those actions generate predictable results. If you are unproductive, the cause is the evaluations you are choosing to focus on.

I first used the model to get objectivity about my anger during the call:

I think my evaluation (during the call) that she was hostile was objectively true. But so what? By working out the logic of my thoughts and feelings, I saw that focusing on her hostility had fueled the vicious cycle. It just made me angry, and raising my voice very predictably led to her being more hostile. My focus on her hostility had set up a vicious cycle that led to my steaming by the end of the call.

Seeing my role in the problem calmed me down a bit. The general principle I teach is to focus on values, not threats. Clearly, I hadn’t been doing that. So, I took a minute to identify what values I had wanted from the call: supportive customer service and completion of an account change.

Once these were stated, it was also obvious that these were no longer my top priority. I was done with this task for now. What mattered now was that I was still feeling jangled, and I needed to turn to my creative work. That was much more important. This is when the thought that my anger would interfere with my work went through my head.

I realized I had a chance to take control of my motivation. To get objectivity on the need to change my focus, I quickly worked out the model concerning the fear:

Circumstance: Steaming after vendor call
Thought: These emotions are going to interfere with work.
Feeling: Fear
Action: Worry over the distraction, blame the customer-service person, fuel the emotional loop
Result: Too emotional to work.

A prediction has a way of becoming a self-fulfilling prophesy, particularly a prediction about how you’ll feel. By continuing to blame the vendor and worry over the effects of the call, I was guaranteeing that I couldn’t work. Working out this model helped me see that I was now creating the problem. I needed to draw on my knowledge of how to motivate myself. So, I made up an “intentional” model to shift to:

Circumstance: In emotions loop over vendor call
Thought: When I focus on values, I have great motivation.
Feeling: Confident
Action: Identify the values at stake, plan what to do
Result: Want to do what I need to do.

This “intentional” model was like a roadmap of how to navigate my own motivational system. This logic was convincing to me, because of the theoretical work I’ve done. It persuaded me to focus on values, not the threats of bad customer service and of emotions interfering with work. Once I worked out this logic, I was instantly more confident. I jotted down a few notes about the work project I needed to do, and lo and behold, my motivation shifted and I set to work on it.

The total time for this analysis was about 5 minutes.

Nowhere in this process did I suppress emotions or criticize myself for feeling what I was feeling. All I did was understand the logic of my feelings, and see that my focus on one aspect of the situation was not serving me. By focusing on a different aspect, I activated genuine positive motivation to do the creative work in the next time block.

As I said, I’ve known it to take half an hour to calm down in similar circumstances. No more. Brooke has given me an effective tactic to help me quickly gain objectivity about my emotions, and motivate me to shift focus to something more productive.

Can you do this for yourself after reading this story? Maybe. Probably not. I offer this story not so much to teach you how to do it, as to state what is possible. If you know it’s possible to manage your emotions in this way, you can then learn the skill to do it, too.