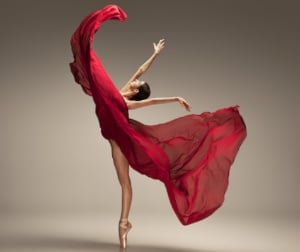 By far, the primary influence on my work is Ayn Rand. Her philosophy infuses my entire approach and underlies all my conclusions. One important secondary influence is F.M. Alexander, the inventor of the Alexander Technique.

The Alexander Technique is training in conscious control over your body. It’s been around for over 100 years, but it’s gained popularity recently because it is the best antidote to problems caused by repetitive stress. The community in which it’s best known is the performing arts. Many performing arts schools have mandatory Alexander training. As you can imagine, instrumentalists, singers, and actors need to be able to keep their bodies functioning on demand, and repetitive stress is a potential problem for them.

I started taking Alexander Technique lessons in 1999 because of a problem with my neck. Two of the disks had pressed on the spinal cord, and the result was excruciating pain in my hands and forearms. There was a period when I couldn’t type at all. I found that physical therapy could give short-term results, but I kept having relapses. I investigated the method because it appeared it might provide a permanent solution to the problem. It did.

The Technique has some similarities to yoga and the martial arts, but the conceptualization is Western, not Eastern. In the process of learning the Technique, I learned a lot of anatomy, but more importantly, I learned a specific type of psychological self-control that has influenced everything else I do, inspired by a hero.

F.M. Alexander was a performer. He loved to recite Shakespeare. But he developed vocal problems. His voice would shut down and go hoarse during performances. His doctors couldn’t find any reason for the problem. He asked, “Am I doing something to cause this problem?” They said they didn’t know.

So he set off to observe himself closely. He set up a large number of mirrors to see his body as he spoke. He discovered that as soon as he started reciting, his neck tightened and his chest collapsed. He figured out what to do instead, and solved the problem in the lab. But then in performance the old habits would kick in. He went back to the drawing board to figure out how to consciously break subtle habits and substitute proper direction in their place in real time. He did all of this through his own self-observation and experimentation.

The breakthrough for the rest of us came when he explained the Technique to his brother. When he gave a light touch of the hand to the area of tension he saw in his brother’s body, his brother learned where to turn his attention to release the tension, without needing the highly-specialized observational skills that Alexander had developed for himself. This radically speeds up the process of learning. The result is a technique for learning valuable self-observation skills that help many people to eliminate or mitigate their own physical problems.

1. “End Gaining”: “End Gaining” is the problem of becoming fixated on the end goal, such that you ignore the necessary means whereby you achieve that goal. This arises in physical action, because ideal coordination starts from a state of poise, which is neither tensed nor collapsed, but a kind of relaxed readiness. If you are tense, you must release the tension before moving if you want to move with ideal coordination. This is completely counterintuitive to non-athletes. I (and most people) focus on the action that needs to be done and automatically tense up in anticipation. This is what creates awkward, painful movements that become habitual. A well-coordinated movement is not habitual—it is fresh in the circumstances.

I don’t use the term “end gaining” because I think it’s a confusing phrase. But I have learned to spot the phenomenon. You see it often when  people don’t understand the causal steps involved. For example, if you are trying to sell something to someone, and you fixate on making the sale, you will blow it. You need to focus on identifying the customer’s needs and determining whether and how you can make a difference to him or her. If you do that, the sale will follow, because it’s a good fit. If you don’t, it won’t follow, unless the prospect happens to do all that work for you.

2. “Inhibition”: “Inhibition” in Alexander’s usage is a pause you take when you have an impulse to move. Through training in body awareness, you learn to notice the impulse to act, and wait it out rather than act on that impulse. This is critical to breaking habits. You must notice and not act on the action impulses. This is one of two physical actions directly under your volitional control.

I don’t use the term “inhibition” because most people associate that term with Freud’s usage, which is completely different. But the idea that you can experience something without acting on it is critically important. You need to do this to introspect emotions and to act despite conflict.

3. “Direction”: “Direction” in Alexander’s usage is the quiet initiation of action from the poised state. After you experience the impulse and pause, you then choose to take the action in a coordinated way. In the training, you learn conscious control over the five basic directions: Neck be free, head forward and up, spine lengthen, legs away, shoulders broaden. These directions are the foundation of coordinated movement. So, instead of lurching out of your chair, you pause, let your neck be free, let your head go forward and up, and as your spine lengthens you give the direction to stand — and you will naturally lean forward and uncoil the body as a spring. “Direction” is the second of two physical actions directly under your volitional control.

I see all thinking as a process of pausing and directing attention. The word “Directions” in my business name is a hat tip to F.M. Alexander, the man who did whatever it took, so he could once again delight in reciting Shakespeare. It is an expression of my gratitude for developing a technique that has freed me and thousands of others from chronic pain and modeled a path forward to self-improvement.

Here’s the link to find a teacher from the same school as mine come from.

Here’s a larger resource for finding teachers. Not all are as conceptual as the ones from AMSAT.

The best introductory book is: The Actor’s Secret by Betsy Polatin

The classic technical work explaining how the Alexander Technique does what it does is by Frank Pierce Jones. It is a little hard to get right now, but you can order it from Freedom Press