Understanding the Desire for Destruction 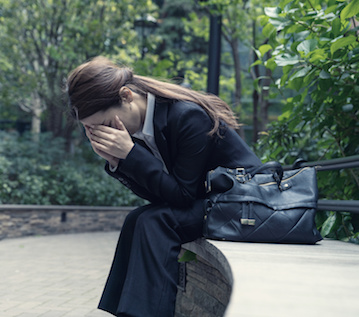 Last winter I got a surprise. I saw for myself that some people are deeply motivated by a desire for destruction, as opposed to a desire to gain values.

Perhaps I have led a sheltered life, or maybe I accept the people I meet at face value. But I took for granted that everyone I met was trying to make the world a better place. I implicitly accepted the idea that even an irrational action was a distorted attempt to gain a value.

This belief made it easier to bring out the good in people in conversation. However, two philosophers of my acquaintance pointed out that I was implicitly denying the existence of evil. That gave me pause. I qualified my conclusion: for the vast majority of people, even an irrational action is a distorted attempt to gain a rational value. If you want to bring out a person’s best, identify the rational value they are after.

I have learned that this too is not exact. Good people can feel a desire for destruction. Such a desire cannot be understood or dealt with as if it were an attempt to gain a value. You need a different approach.

The key to my grasping this was meeting a few people who exhibited a deep, consistent desire for destruction. They were with me at a 9-day training on communication skills, where 90 of us were learning to be more empathic. I doubt that I would have understood the destructive motivation if it weren’t in such contrast to everything else in the environment, and if I hadn’t interacted with them multiple times across the 9 days.

During that time, I had open, honest, meaningful, constructive conversations with many others, almost all of whom I had deep political disagreements with.

But there were a few people with whom the conversations were off. I consistently felt unsettled when I left them. Instead of connecting with me, they seemed to be trying to throw me off balance. When I tried to connect with them, they felt prickly. It was their words that helped me understand what was going on. One of them said casually, “I really don’t like people.” Another expressed with glee, “I have learned tools to destroy the system.”

Disturbed by the interactions, I did some journaling. I flashed back to memories of a girl who had been a thorn in my side during adolescence. As an adult, I concluded that her behavior was motivated by what Ayn Rand calls “the hatred of the good for being the good.” I had experienced the same weird disconnect with her.

I realized I was seeing a psychology organized around disvalues instead of values — around destroying that which threatens one, rather than achieving that which serves one’s life.

This was a sobering thought, which led to the real breakthrough, because it helped me isolate the issue, so I could identify a pocket of destructive motivation in myself.

The situation was this: Two months ago, I initiated several changes in my business and my work schedule, in order to achieve some ambitious goals. It is very difficult. Lots of growing pains.

One day I woke up in deep frustration with the difficulties. I tried to give myself a written “empathy bath,” which is an excellent method for settling one’s emotions and revealing the values at stake. It normally helps to reframe the situation and re-establish a positive mental set.

But that day, I was reluctant to go through the steps. Knowing that permission to express thoughts is the key, I gave myself permission to write down whatever thoughts I had. What came out was an anti-empathy bath, like something from an alternate universe. Instead of revealing and cherishing the values at stake as I wrote, I was revealing them and lashing out at them, indiscriminately. I seemed to have contempt for the process. I was getting more negative, not positive as I worked through the steps. Part of me was really puzzled. What was going on?

That’s when I noticed I felt prickly.

Aha. Prickly. Like the people I met at the conference.

Thankfully, I learned long ago that having a thought or a feeling does not mean you agree with the thought or should act on the feeling.

I am not motivated by destruction. Quite the contrary. But recognizing that it is possible for out-of-context, destructive motivation to fill my mind was immensely clarifying. It explained why sometimes I found it difficult to use my normal tactics to stay on track.

If you discover destructive motivation, it’s crucial that you don’t act on it or do anything else that would strengthen it. The empathy bath was strengthening it by looking for justifications for it — that’s why it backfired. it would also be a mistake to simply suppress it. That would reinforce the idea it’s out of your control and you can’t deal with it. All of these would strengthen the impulse for destruction. Nothing good could come of that.

To prevent yourself from acting.you may need to retreat for a time. We do this in everyday life when we take a timeout in a conversation because we are too upset.

That may be all you do. The first time I identified my motivation as destructive, all I knew to do was to give myself a break. I had confidence that my normal positive attitude would eventually reassert itself. It did.

Since then, I’ve learned to spot the destructive motivation before it dominates. Once I knew what to look for, a kind of darkness, I could see that it develops gradually. It can grow out of frustration. Or a headache. Or back and neck pain. Or airplane air. Who knew? It starts with a feeling of deprivation.

Now that I know how to look for those signs of darkness and deprivation, I can catch them sooner, remedy the situation, and reinforce a fully positive context.

I’ll write more later about the remedy. The easy-access version is:

The longer version is, you need to “Transform the Pain of Unmet Needs into the Beauty of the Needs.” This is a process I learned at the same conference at which I realized a few people were motivated by destruction.

The best part of this is that learning to notice this darkness forming at the sides of my mind has permitted me to avoid many problems, eliminate certain defensive reactions, and be more productive in my writing.

Learning how to deal with occasional destructive motivation is another critical piece of the puzzle in my quest to understand everything you need to know about your mind to be happy and productive.

Share this page
← The Risk of Guilt in Setting Priorities Acknowledging Emotions, No Matter What →