The Value of Emotional Resilience 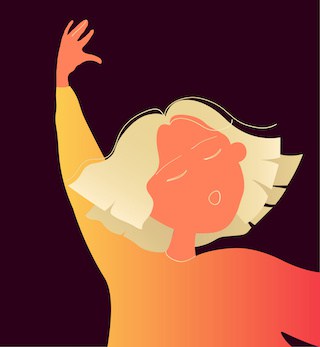 Such a game teaches you that you have volitional control over your action. You can notice the impulse to rub your belly and wait it out. The impulse will fade within just a few seconds. But if you aren’t paying attention, you are likely to go ahead and rub your belly. Haha! You’re out! Without that conscious pause, the impulse will trigger action automatically.

As you get older, out-of-context emotional impulses are more complex, but your primary response can be the same. Pause and wait it out, whether it is the desire to lash out at a loved one, the impulse to throw your diet out the window by eating a candy bar, or the temptation to browse the web instead of jump into the critical work you scheduled for this morning.

Pausing such an impulse is essential to guiding your action by reason instead of emotion. When you pause, you give yourself more time to identify what action is in your best interest. You give yourself a chance to motivate yourself to take it. You open up a wider range of responses to a tricky situation. With that flexibity, you have more chance of a good result.

To be clear, you need to pause action on an impulse only occasionally. The vast majority of your impulses are the product of your past experience and current purpose. They are the means by which an idea in your mind becomes matter in motion in physical reality. The impulses follow from the conclusions you reach and you simply act on them. For example, as I was editing this article, I frequently had an impulse to delete or change a word or phrase. I just did it.

When you are perfectly clear on the top value at stake at any given moment, “should,” “want,” and “can” align, and you need only a small nudge of willpower to take the action that is in your best interest. That is because, on an egoist premise, a proper action is one within your abilities right now (you can take it); you are aware of the value you are gaining, which triggers the emotion of desire (you want it); and you have concluded that it is the best value to pursue now, given the circumstances (you should do it). (I explain this at length in Do What Matters Most, including the rational options when you don’t have time to do an in-depth analysis or even a 30-second one.)

There are three important cases when you need to pause rather than let action follow from an automatized impulse:

In these three cases, simply based on your mental state, you know that you are unclear on what action is in your best interest. You need at least a moment to figure that out.

Pausing in these situations is uncomfortable. Very uncomfortable. The emotions surrounding the impulse often intensify. New feelings of deprivation or self-doubt or compulsion can layer on top of them. You are escalating the conflict with that pause and it’s not fun.

To avoid the discomfort, and yet still “go by reason,” many people try two other strategies: suppression and avoidance.

Suppression attempts to eliminate the mental cause of the impulse. Emotions create impulses; if you suppress the emotion, the impulse goes away. You just shut the feelings down. This approach is particularly popular for those who assume their preconceptions of what is right must be correct and therefore shouldn’t be questioned.

Suppression is appropriate in an emergency situation, when you literally do not have even 30 seconds to re-evaluate the situation, and you need to act now. But absent such an emergency, suppression establishes the premise that less awareness is better. At the moment, you eliminate the chance to clarify the competing values. Over time, suppression represses values, compartmentalizes your knowledge, and makes it more difficult to resolve conflicts.

Avoidance attempts to eliminate the physical cause of the impulse. If you exit the situation triggering the impulse, you will no longer be tempted by it. Leave the room if you’re tempted to bite someone’s head off. Pour dishwashing detergent into the bag of potato chips so you won’t eat them. This is particularly popular for those who think that emotions are caused by external factors. The problem is, avoidance fosters self-doubt. You avoid the situation because you believe you can’t handle it.

Avoidance is appropriate if you see you are at the limits of your emotional resilience. Just the other day, I realized I was too angry to continue a conversation, and I exited the meeting abruptly. But that was not a good thing. I needed to spend significant time sorting out that situation as a result. If instead you continue to avoid situations that are uncomfortable, you shrink your range of action to be smaller and smaller.

By consistently taking these kinds of actions, you increase your self-awareness, you integrate your values into a logical whole, and become strong and flexible in response to more and more emotionally difficult situations.

That is the value of emotional resilience.