The Importance of a Value Orientation Toward Past Actions

A Value Orientation, Series: The Concept of Value 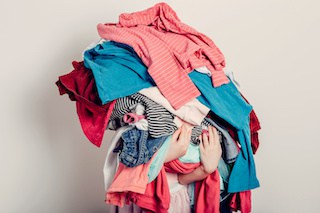 In my previous article, I argued that you need to motivate all action by reference to values rather than threats. I explained how you justify the goal in terms of values before you act and then stay focused on gaining values while acting. In this article you will see how a value orientation makes a difference after you take action. A value orientation after you have succeeded or failed may be the most important and least understood element of reprogramming your values.

If you did what you intended to do, you need to celebrate. This means you pay a little attention to what you accomplished and why it’s good, as opposed to ignoring what you did, minimizing it, or criticizing it.

For example, in the last article, I shared my strategy for clearing my desk so that I can concentrate on work. I appreciate the spacious, organized look. Once it is clear, I take a moment to enjoy the look of it. I do the same thing when I get the whole office tidied. This can be quick. It’s just a pause to acknowledge, “I value this spaciousness, and I created it for myself.” It is a moment of self-awareness that reinforces both the importance of the value and the deliberate action that went into achieving it. This little act of attention strengthens the value and ensures it will motivate many desk cleanups in the future.

If you were to move on without taking a pause to celebrate, you would miss a critical opportunity to reinforce your values. When you contemplate your values, you feel positive emotions and actually experience your needs being met by you. This is one of the three critical factors that strengthens a value, but it only happens with self-awareness of your own purposeful action. Ignoring this moment implies it is not such an important value after all. Ignoring the clean desk means you don’t actually harvest the pleasure made possible by your action.

It would be even worse if I minimized the accomplishment. Suppose I said to myself, “It’s only a clear desk. That is not important. Now I need to get on to doing the work I was supposed to be doing.”

When you minimize an accomplishment, you are saying that even though you set a goal and took action toward it, it doesn’t count. This is a prescription for turning life into a rat race, where you are always looking at the next thing you should do and never getting any pleasure from what you did do. Minimizing your accomplishments, even something as simple as clearing a desk, undercuts its value to you — and therefore reduces its power to motivate you. Which assessment is going to motivate you to clear the desk next time:

a) This is something important that is easy to do and gives me pleasure.

b) This isn’t important and I shouldn’t pay any further attention to it.

Minimizing accomplishments often morphs into criticizing them. Instead of being satisfied that the desk is clear, you start criticizing yourself for needing to clear the desk: “I shouldn’t have let the desk get messy in the first place. What’s wrong with me that I need a whole process of motivation to clear a desk? This is ridiculous.”

No. It’s ridiculous to take a success and turn it into a failure.

Consider: You decided to do something for a rational reason. You did it. And now you’re berating yourself. That is not logical. This goes for small accomplishments and big ones.

When you are tempted to criticize yourself after a success, look for a self-defeating belief like “I’m not good enough” or “I’ll never get ahead” or “I never do anything right” that underlies the criticism. This kind of negativity needs to be challenged whenever it appears and re-oriented toward values. There are tools for doing this, including the self-coaching model, which is a step-by-step process for breaking down a self-defeating belief so you see it is mistaken and then identifying a corresponding value-oriented belief that will inspire you to move forward. For example, “I’m not good enough” could be translated to “I have the skills I have and I’m building more every day,” which is a value-oriented way to look at current limits of your skill.

On the other hand, if you failed, you still need to honor the values you were after. This is the process of mourning.

For example, imagine you started a complete house-decluttering project to make your life simpler and more organized. The first step was to empty and clean your closet. You got all of the clothes out in a pile on the floor, you got the closet clean, and then for some reason you stopped. For two weeks, there they have sat. Getting dressed in the morning has become a challenge. Your life has become more complex and disorganized instead of more simple and organized. This is what clear failure looks like: you get the opposite of what you intended.

You had high hopes but something went wrong. Now is the time to reaffirm your values and regroup. Now is the time to reaffirm your desire for simplicity and organization, though that may take some tears. What were you wishing for? What have you lost as a result of this failure?  It is painful to mourn a loss, but it is a clean kind of pain, unlike the pain of self-criticism. When you contemplate what you lost and why it matters to you, you are honoring your values and reinforcing what you want in the future. Mourning is an important means of strengthening your values.

Again, which is more likely to help motivate you to get organized in the future? Grieving the lack of organization or pretending it doesn’t matter?

After you have mourned the values lost in the failure, you need to take additional steps to turn the failure around in your mind.

The memory of a failure can hang around in your psyche, sapping your confidence and casting a pall on your future. If you do nothing to counteract it, the next time you decide to get organized, the colossal failure of your previous attempt can pop into mind complete with shame, embarrassment, despair, and other threat-based emotions. It will cloud all future attempts, sabotaging you at the start.

What can you do to change this? Undertake a value-oriented post-mortem. In a post-mortem, you look at what went wrong and why, not to assign blame but to understand how you could have gotten a better result. How could you have gained the values? What got in the way? What can you do differently another time? In a value-oriented post-mortem, you don’t settle for self-criticism as the answer. You translate everything into values you have or values you want.

There are three mental tasks involved:

a) Review everything that happened to see what you can learn about your own knowledge, skills, and values. For example, if you started an initiative to lose weight but didn’t stop snacking, maybe with some reflection you can learn more about what prompts you to snack. Maybe you discover you need a system for preparing food ahead of time. Maybe you discover that you need other tools for dealing with emotions.

If you have had a failure that is clear in your mind, it is a treasure trove of useful information about your current knowledge, values, and skills. If you want to have a success in the future, you need to know where you’re starting from so that your next plan will be more successful.

This takes work. Why would you do it? Because you still want the value that you lost instead of gained. Your willingness to find out exactly where you stand — so you can figure out another way forward — is another way of affirming your commitment to achieve your longer-term goal.

c) Clean up any irrational thoughts that may be flitting around the edges. One of the most important steps in analyzing a failure is spotting and disinfecting any irrational ideas that could have contributed to it. For example, if you are justifying your goals on the basis of how you want to feel (emotionalism) or how other people will respond (secondhandedness) or what the rules are (duty premise), the error is in the code of values you are using to guide your action. These standards (emotionalism, secondhandedness, and duty) are not rational, meaning that they lead to impossible contradictions that are therefore self-destructive.

How do you clean up irrational thoughts? Very carefully. You cannot just repudiate the thought, because it may very well be a distorted, confused attempt to gain a rational value. For example, I have had clients who get stuck in a loop because they want to feel better faster, so they don’t want to stop to do an introspection exercise I recommend. As a result, their problems get worse. On some level, this is an emotionalist premise. They are more concerned with how they feel than in the values they’re after. But the solution is not to say “stop thinking that.” It is to ask, “Why do I think I don’t need to stop?” and “What will happen when I feel better?” and “Why am I in such a hurry?” It is by further introspection that you can figure out the real values at stake and you can untangle the contradictions that led you to a failure.

A value-oriented post-mortem may take significant effort, but if a memory of a failure is haunting you, it is worth the effort. When you have successfully completed such a post-mortem, the incident is transformed in your memory. What was once a painful memory becomes an incident that led to great insight that shifted your whole life. Or it may just become a funny story. You tell people at parties about the time you started a tidying-up project and lived for two weeks with clothes piled all over the bedroom floor, and everybody laughs, including you, because it does seem funny, not painful, in hindsight.

An important part of happiness is being satisfied with your past. If you have memories that make you cringe or rage or despair, there is something to be healed there — by mourning the lost values, learning from the mistakes, and putting the ghosts to rest. That’s what a consistent value orientation can do for you.

I hope you see how important it is to maintain a value orientation after you take an action.

You need to celebrate successes no matter how small or large they are. This is not an automatic process even with a major success. Everyone experiences a letdown after success sometimes.

And you need to mourn setbacks and failures, and then do a post-mortem. Even a significant failure can be transformed this way so that instead of weighing you down, it fosters and supports your future success. But this doesn’t happen automatically either.

When you choose to take a value orientation toward your past, you consistently strengthen your values, learn from experience, and give yourself the best foundation possible to succeed in the future.

Share this page
← How to Maintain a Value Orientation in Action Yes, You Can Put to Bed Old Issues →