Overcoming the Obstacles to Doing What Matters Most 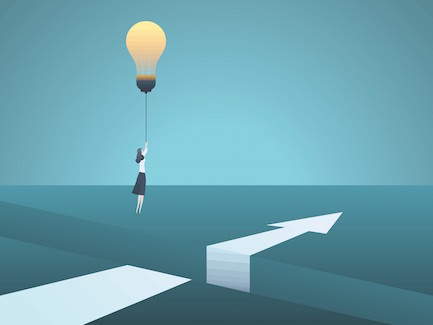 Confusion can stop you in your tracks, because you don’t know what step to take. Mental paralysis stops forward action. The usual remedy to confusion is to be more persistent. Figure it out! Identify your top priority! As Voltaire said, “No problem can withstand the assault of sustained thinking.”

It is true that more thinking can eventually clarify any confusion. But figuring out the ideal next step is not always what matters most. Sometimes it takes too long; you could miss an opportunity. To deal with confusion, you need to deal with the source of the confusion: unmet mental needs, such as the need for mental “crow” space or emotional presence.

The real antidote to confusion is to notice and satisfy your mental needs — which allows you to focus on what matters most and act accordingly.

Temptation takes you off the track you believe you should be on. Most people will tell you to overcome temptation by suppressing the urge. Just say no!

It is true that you need to do something akin to “saying no” to deal with temptation. You need to pause to give yourself a chance to deal with the situation. If you notice the urge to eat a donut, pause. If you have just taken a bite out of that donut, without having noticed your hand reach into the box, it’s now a good time to pause. Even if you don’t notice until after you eat the donut, you still gain from pausing. But pausing is not enough. You need to deal with the cause of the temptation. The cause is not the donut. The real cause of temptation is that something is going poorly with the task that “matters most.”

Temptation only becomes an obstacle when doing what you think you should do is emotionally unpleasant, or you are predicting it will be emotionally unpleasant. When a task is going well, and you know it’s important, you are not tempted by donuts or distractions. It is only when you have negative emotions about a task that you are tempted to do something else.

But negative emotions are important alerts! They are indicators that something important is at risk. You need to understand them, not suppress them, in order to figure out what is going on. This is why you pause, rather than “say no” to an urge. If you suppress the urge, you will also be suppressing the negative emotions that magnify the urge and make it so appealing. And you cut yourself off from important information about the task that matters most.

The real way to end temptation is to take emotions seriously. Doing what matters most can and should be satisfying, even if it is effortful and uncomfortable. If it’s causing emotional suffering, there’s a problem to be solved. The first step to solving that problem is to introspect the emotions to identify and validate the ideas that underlie them. Sometimes the unpleasant emotions disappear when you shine a light of truth on them. Sometimes you see how to modify the task to avoid the unpleasantness, or how to do it despite the unpleasantness. Sometimes you realize you are fighting against a fact outside of your control, and need to accept it emotionally to put it to rest. Once in a while, you discover the temptation wasn’t a temptation at all, it was an inkling that something else matters most right now, and you change your focus. All of this is possible, if you take your emotions seriously instead of suppressing them.

Resistance is the aversion you feel when you stare at a task you “should” do, telling yourself to “just do it,” and your soul rebels. You feel your heels digging in. Maybe the words, “you can’t make me” run through your mind. The traditional remedy for resistance is to use willpower to break through it. Just suck it up and force yourself to do what you know you should do!

It is true that you need to use a little willpower to deal with resistance. But as many recent researchers have shown, if you rely on willpower alone, you quickly use up your emotional reserves, and can no longer make yourself do much of anything.

Resistance against doing what you believe it is you “should” do is a grim, dark place, in which you can feel totally stuck. It fosters feelings of frustration and guilt, because you don’t seem to be able or willing to do what is “right.” Indeed, you can even feel resistance to taking actions you believe are critical to breaking out of this vicious cycle and ending the suffering, including the cures for confusion and temptation I mentioned above!

Fortunately, no matter how stuck you are, you have sufficient mental power to do the one thing that matters most when you are gripped by this kind of negativity: Be kind to yourself. This is what temporarily douses the flames of guilt and frustration, and helps you back into the world of valuing and acting. A little kindness acts directly to neutralize the root cause of resistance: a self-defeating belief.

Self-defeating beliefs are painful negative conclusions you have reached about yourself, the world, or other people. They are thoughts such as “I’m not good enough.” “I can’t have what I want.” “Success is not possible.” “My feelings don’t matter.” “I’m a failure.” “People don’t like me.” There are countless variations, many idiosyncratic, all involving overgeneralization and other logical errors.

The resistance you feel is an aversion to feeling that overwhelming pain. Strong resistance toward your top priority is always caused by some self-defeating belief. It is why, despite how important you think the task is, you balk when you try to take a little step, or think about your mental needs, or introspect your feelings. Any of these would result in that overwhelming negative experience. Any self-criticism for not doing what matters most would exacerbate it. No wonder you feel resistance.

A little kindness reduces the immediate negativity and gives you an opportunity to break out of the vicious cycle. The kindness can be just an affirmation to yourself that you, a good person, must have triggered a self-defeating belief, which explains why this task that is so important is suddenly so hard. Or kindness can be a request to yourself to let up on the self-criticism, which is just adding fuel to the fire. Or maybe kindness means giving yourself a short break because you’re not up for this right now. Normalizing the experience, instead of criticizing yourself for having it, helps get your mind back in gear so you can do something about the situation.

Resistance won’t go away just because you stop criticizing yourself or take a break. But these kindnesses give you a little emotional energy to take steps that loosen the hold of the self-defeating belief.

One possibility is to analyze how the self-defeating belief is creating the results you don’t want. Stepping out of the situation, to look at it intellectually, reduces the emotional intensity and helps activate your curiosity. It helps you to see it’s a belief, not a truth, so you can consider alternate conclusions about yourself, the world, or other people, ones that are benevolent and/or constructive.

Another possibility is to remind yourself that you always have a choice, and then give yourself empathy. By that, I mean, identify the deep value at stake for you at the moment. What positive are you longing for, right now? What step could you take to move toward it? What matters most right now may not be the task you set yourself this morning. Trusting yourself to explore your inner needs to find what matters most right now, given the hornet’s nest you just uncovered, goes a long way to rebutting any self-defeating belief.

Confusion, temptation, and resistance. Three misunderstood mental phenomena, that you need to understand, if you want to do what matters most.

Share this page
← What Does Your New Commitment Compete With? Urgency vs. Pressure →