How to Make Yourself Do Something…or Not 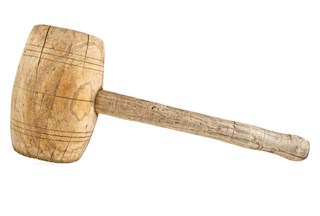 People often ask me how to make themselves do something they think they're supposed to do. As a public service, I will answer that question.

To make yourself do something, you need to shut out any thoughts that conflict with taking the action. That includes any thoughts that might distract you or change your mind about what to do. Are you second-guessing yourself? Shut out those questions. Is your upcoming vacation on your mind? Don't dare to think about it. Wondering how long this will take? Stifle it. Create a nice tunnel vision. Allow only thoughts about what you have to do and that you have to do it. Censor any thought that gets in the way.

Of course, this cuts you off from your knowledge, so you won't be able to do anything that requires judgment. But, if you're lucky, blotting out awareness of everything else with enough faux concentration will provide a shot of guilt-laced fear, and you'll be able to take that action.

Most of the time this will be just a first step. The thoughts may be shut out, but if you still feel a wordless conflict, you'll need to shut out most of your feelings, too. I find I can block feelings by tensing my entire body, especially neck and shoulders. Others say they do it by a change in attention. Whatever you do, make sure you block enough so that you are insensitive to any feelings of boredom, irritation, or disgust. Of course, that will also block out pleasure, curiosity, gratitude, and pretty much all of the positive emotions. When I have done this, I have experienced achiness throughout my body and a headache. I think some people feel a deadness. That is the price of blotting out all of those distracting feelings that interfere with making yourself do what you "have to do."

It’s important to note that you can't shut out all of your feelings, because you need some motivation to actually take the action. So, I recommend you shut out as much feeling as you can, and then really exaggerate the negatives in the situation. Fear-based emotions are stronger than love-based emotions, so they are your best bet to motivate yourself, once you've abandoned motivation by positives. Just get a blast of fear to shoot through your system to trigger doing your painful duty.

There are many ways to mobilize motivation by negatives. You can blame another person for things going wrong and turn him or her into a villain to hate. You can imagine end-of-the world scenarios. You can pile on guilt. Just make sure that whatever negative ideas you embrace, you choose only ones that motivate the action you have decided to make yourself do. Skill at rationalization is needed for this step. Fortunately, there are many public role models you can copy, so follow their lead. Work yourself into a frenzy until you burst into action.

Glad to hear it. Much of my work, including the Do What Matters Most class, is designed to show you there is always a rational, life-affirming alternative to making yourself do something.

People often have a lot of questions about this. Let me answer some.

1. Are you saying that you should never do anything you don’t feel like doing?

No. Often you need to take action that you don’t feel like doing. I got out of bed when the alarm clock rang this morning even though I didn’t feel like it. But I didn’t make myself do it. I gave myself a great reason to take a small step. The words in my head were something like this:

I don’t feel like getting up. Yup, this is predictable inertia. I’m pretty sure when I set my alarm that I had a good reason for getting up now. Why don’t I just go to the bathroom and then decide whether to get up? I’ll probably remember it after I’m up and over the hump.

Or, sometimes you need to stop yourself from diverting to take up something other than your top priority. I had planned to recycle an old article instead of writing something fresh this week—it was to be the first of three in a series. My assistant had picked pictures and categories to go with two of the articles, and I just needed to do some minor editing to get them ready to be queued. Then I wouldn’t have to worry about articles for three weeks! I met with her, and I promised her I wouldn’t leave my chair until it was done.

As I looked through the articles, I started to have a really bad, bad feeling about re-running them. I was strongly tempted to leave my desk. At a certain point, I almost felt myself levitate out of the chair. Danger! Danger! I was at great risk of sliding off this task. I knew I needed to use willpower to intercede.

What did I do? I committed to ten minutes to figure out what the problem was. I stayed at my desk for those ten minutes, despite the discomfort, uncertainty, and fear that those articles were not going to cut it.

2. But with your method, you don’t actually always do the thing you said you were going to do! What’s with that?

That’s right. In that ten minutes I journaled, I concluded that I shouldn't re-run the articles, and I came up with a new plan. A much better plan: I drafted this article instead.

Incidentally, making yourself do something doesn’t always result in your doing the thing either. You can work yourself into a frenzy, without ever breaking through into action. That failure becomes a source of guilt and self-condemnation, which masochists use to further intensify the fear, hoping they will eventually break into action. The more usual outcome is they slip control for a second and notice only later they are eating, drinking, watching TV . . .  anything that is more pleasant than making themselves do that action. Then they feel even more guilty.

My approach is the opposite. In my approach, when you have trouble taking the next step, you turn your mind on instead of turning it off. You bring to mind all of the information that is supposed to give you a great reason for taking the step. If it turns out you were wrong — that you shouldn't take this step — then happily this is the same information you need to come up with a different, positively motivated next step.

My method ensures you're focused on values, and can take a positive step forward, even if it's not the one you originally intended. The "make yourself do it" approach ensures you're miserable if you don't do it … and if you do.

3. But I've tried this and it works. Why shouldn’t I make myself do things sometimes?

I didn’t say that it won’t ever “work.” On the contrary, I have explained clearly how it works, when it “works.”

I’m saying it is bad for you. Always. Whether it “works” or not.

Each time you use this method, you make yourself at least a little miserable. You train yourself to hate the task.

If you persist in making yourself do a certain task, you will need to use progressively more fear, more guilt, more anger to get yourself started. If you persist, you will eventually burn out — then feel guilt over that.

Been there, done that. I don’t recommend it.

Even if you use this method only occasionally, eventually, the thought that you “should” do something will begin to fill you with dread.

But this is a total inversion of what “should” means. "I should do this" means: “In my best judgment, this is the action that will best serve my life.”

My method ensures that you get the pleasure out of your successes. And gain valuable information from your failures. I learned this lesson the hard way, and I teach the alternative so you can learn it the easy way.

The difference between giving yourself a great reason to take that first small step vs. just making yourself plow blindly ahead is immense. It's life-altering.

It’s the same as the difference between persuading someone to do what you want versus forcing them to do so.

Or between seduction and rape (Walter Williams).

Or between the dollar and the gun (Ayn Rand).

Don't reach for a mental hammer to force yourself to plunge into something. Give yourself a better, positive reason to take a smaller step. Make it a step that you can freely, willingly take.

Share this page
← Case Study: A Value-Orientation and an Uh-Oh Log Before Setting Goals for the New Year, Systematically Review Your Accomplishments →