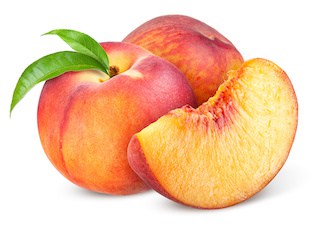 The key to this is to make your longer-term goals compelling. Here are five ways to do that:

A. Translate negatives into positives

Negatives turn your attention to what's bad or undesirable in the world. At best, negative motivation will prompt you to make things less bad when they're really awful.

If you want to achieve something big, you need to feel motivated enough to work through your comfort zone. You need to be willing to have things be a little worse in the short term to get something better in the long term. That requires a strong desire for something on the other side.

Rather than a goal to "Stop commuting 3 hours a day," make your goal "work near home." You're more likely to find a short commute.

Rather than "organize the mess in the garage," make your goal be to "organize the garage so I can find things easily." You're more likely to get excited by the parts that get sorted out, rather than discouraged by what's not yet done.

B. Make the goal be an end in itself

Utilitarian goals are fine for a short-term task, but a long-term goal shouldn't be utilitarian. It won't motivate you to do the many short and mid-term tasks that you will need to do.

For example, had I continued past my masters in graduate school, I would have needed to read every paper ever written on "buggy arithmetic" in order to write a review paper that was required to get a PhD. I probably could have motivated myself to do that research during my first year, when I was just learning about the field of experimental psychology. I thought a PhD was the training I needed.

But one year later, I knew it wasn't. Getting a PhD had become at best a utilitarian goal, a means to credibility. I soon discovered that this was not a big enough "why" to do the work.

Sometimes people stick with a utilitarian goal because they believe there are no other alternatives. But there are always other ways to gain values. There are many ways to gain credibility other than getting a PhD. When every subgoal is an end in itself, you are motivated to take all of the steps to achieve the long-run goal.

C. Figure out how the pursuit of the goal provides rewards, before you have achieved it, and even if you don't

Is the value of your goal contingent on success? Sometimes you want to do something, but only because you believe you will be successful. If you thought there was a chance you'd fail, you wouldn't want to pursue the goal.

For example, suppose you decide to run for office. Is running for office a good thing to do even if you don't get elected? Will you get value out of meeting people and getting your message out even if you don't win this election? If not, you will have trouble staying motivated to do all you need to do to win.

A goal like this is self-motivating. It creates meaningful results along the way even if you fail. These are the kinds of goals that can provide compelling motivation over the long term.

D. Formulate the goal in terms of growth, not repair

Is your goal framed in terms of fixing something? That will focus you on what's broken, missing, or not working. Instead, focus on what you want as a result — what will be better, faster, more wonderful? Think growth, not repair.

For example, I used to always set goals to do email as "reducing a backlog." I never could catch up. My inbox would be empty for two minutes, and then another email would come in. New email created a new problem I needed to fix.

I finally switched my reason to do email to be "connect to a wide range of people in a convenient way." Now when new emails come in, it's new connections to make. If an email is challenging to respond to, I see it as developing my communication skill. I clear my inbox much more frequently than when the goal used to be "clear the backlog." A growth goal builds skill and confidence, and becomes more compelling over time.

E. Make the goal something that is under your control

Last, but perhaps most important, can you achieve your goal through your own agency? Or is its completion dependent on other people or something unpredictable like the weather? You may need to reconceive your goal in terms of a deeper value so that you can achieve it.

For example, suppose you set a goal to have a politics-free family gathering. That requires the cooperation of the other members of your family. This goal is not under your control, because regardless of what requests you might make, they can bring up politics at any time.

To reconceive such a goal, you need to know what you're after. If you don't want politics discussed because you are distressed about the political situation, and what you want most is a carefree vacation, you might set your goal to be: have a fun, carefree alternative to any conversation. If the talk turns to politics, you go enjoy a carefree walk. On the other hand, if you don't want to talk politics because it's divisive, and you want to build strong emotional bonds with the family, exiting every conversation will work against that. Then you may want to set a goal to find a deeper connection whenever the talk turns to politics.

Whatever you do, set a goal that is in your locus of control. This will make it more compelling, because you will see it's in your power to achieve.

These five ways of making a goal more compelling have one thing in common: they all set up a virtuous cycle, in which it becomes easier and easier to take steps toward the goal. Just like a juicy piece of fruit, you want more after the first bite. It may take a little extra effort to formulate a "juicy" goal, but it pays off, quickly, in results.