FAQ: What is the Source of “Implicit” Ideas and Value-Judgments? 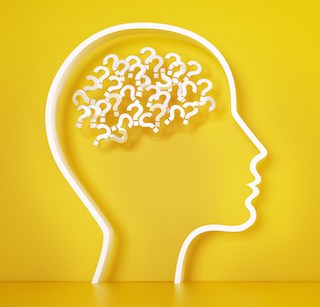 In my husband’s discussion group for Objectivists, a member asked:

What I’m grappling with here is the manner and degree to which the underlying ideas and value-judgments can be formed in the first place, without one being conscious of forming them.

This is an interesting question that I’ve been grappling with for a long time. I think my answer will be of general interest to this list.

My current hypothesis is that everything that is “implicit” is stored in the structure of one’s value-hierarchy. Although values can be strengthened, weakened, and organized by cognition, they are also strengthened and weakened by action and experience.

Let’s take an incident of a mother being cruel to her son. One day at the age of 8, he comes home to show her the drawing of a house he made at school, which shows the beginning of perspective. He is very proud of it. He thinks he’s onto something. His mother says, “Why are you showing me another lousy drawing? You’re just a kid. Your drawings are no good.”

What values are formed and the future effects of this incident depend entirely on how the child handles it.

Child 1, call him Ned, feels hurt and angry. He slinks away to the bedroom and flings himself on the bed to mope about how he wished his mother had liked the drawing and how hurt he is. In the process, the drawing gets rumpled. When he sees that, he gets even more upset and in a fit of grief and rage he tears it up.

By the actions involved in wallowing in his emotions and unleashing them to destruction, he is:

Ned did not make any of these value-judgments explicitly, and yet his values have been changed. In this case, he is starting the process of forming a defense value of wanting others’ good opinion as a means of avoiding the suffering associated with being criticized.

This will have the effect of motivating future action that looks an awful lot like he has an implicit premise that he should focus on other people, not reality, i.e., second-handedness. But I don’t believe that any such “implicit premise” exists as a psychological structure. When you analyze Ned’s thoughts and actions, you can relate them to second-handedness, but that is an armchair perspective. Psychologically speaking, no concept of second-handedness exists in Ned’s mind to cause his actions.

This doesn’t mean it isn’t helpful to take that armchair perspective in retrospect. Au contraire. If you can explicitly identify a pattern of second-handedness in your own life, you gain the power to eliminate it as a causal factor. But that is another subject.

The desire for destruction

Incidentally, when Ned looks back on this incident, he will probably feel tremendous guilt at having destroyed his drawing. If he doesn’t handle that right, he is likely to repress the incident. That will make this pivotal experience more difficult to remember and his emotional reactions more difficult to understand.

Ned’s suffering was exacerbated by wallowing in his emotions. Intense suffering creates a predictable fear of similar situations. If at some time in the future, Ned concludes that this experience of suffering is intolerable and that he must avoid it at all costs, his intention creates an “anti-value” that triggers much fear.

Most fear is caused by a particular situation. A value you want is threatened. You avoid the threat and move on. Or you feel the fear but take the action anyway, and you develop skill at handling the threat. You see fear as the exception. Threats do not have a lasting effect on your motivational system. Once handled, they are forgotten.

By contrast, an anti-value is a threat that has been elevated in importance to be something that you look out for and intentionally avoid. The fear you feel is fear of suffering per se, not fear related to some specific value that is threatened. As a result, you will have a disproportionately intense aversion to and fear of any action that might bring you closer to the experience of that suffering. This then distorts all future motivation, creating “defensiveness” in all its forms. If avoidance is not possible, if the intolerable suffering cannot be avoided, the anti-value triggers an intense desire to destroy whatever seems to be in the way of flight.

Incidentally, I think PTSD could be explained in terms of an anti-value that was created when a single experience was intensely terrifying or excruciatingly painful.

In contrast, child 2, call him Frank, withdraws from his mother, goes to the bedroom, and carefully puts his drawing on his desk. Then he cries and vents his anger in furious pacing of the room and putting it into words. “How could she say that? Of course I’m just a boy. But this one is better. Why doesn’t she see it’s better?”

Then he wonders if the drawing really is better. He pulls out his most recent drawings. It’s there, plain to see. He’s onto something. The new drawing of the house pops out of the page in 3-D. It’s a little crooked, to be sure, but it’s a big improvement over his previous drawings. And he was able to do it just from one comment the teacher made about how a house looks different from the top versus square-on, and depending on how high up you are.

By this time he has calmed down and he is spontaneously inspired to try to make another drawing that doesn’t look crooked. Sometime later he remembers his mother’s criticism. He concludes that she’s wrong.

By the action of carefully taking care of the drawing and then attempting to process his emotions, he is:

These are both implicit, not explicit.

And then, of course, he does think about it. He forms explicit conclusions, including:

By having done this explicit thinking, (which after all, is another action), he is:

These are all implicit. They will have the effect of motivating future action that looks an awful lot like he has an implicit premise that he should focus on reality, not other people.

The additional beneficial consequences of thinking instead of wallowing in emotions

Note that because of his conscious efforts, Frank is also developing concrete skill at:

This skill plus Frank’s explicit knowledge increase his efficacy. He is more capable of dealing with the world after the incident, not less. As a result of all of this, he is also likely to remember this incident. That original drawing in perspective could take on a symbolic significance for him later in life. In any case, there will be no impediment to remembering, as there was in the case of Ned.

Because he remembers this incident and things like it, Frank can develop a database of memories that includes many incidents where he rejected someone else’s judgment and was a little puzzled by how that person reached his conclusions. Then, years later, he may be in a position to put the pieces together into new explicit knowledge.

For those familiar with Ayn Rand’s novel The Fountainhead, I think this is the process that starts in Chapter 1 when Howard Roark reflects on his conversation with the Dean:

He had met many men such as the Dean; he had never understood them. He knew only that there was some important difference between his actions and theirs. It had ceased to disturb him long ago. But he always looked for a central theme in buildings and he looked for a central impulse in men. He knew the source of his actions; he could not discover theirs. He did not care. He had never learned the process of thinking about other people. But he wondered, at times, what made them such as they were. He wondered again, thinking of the Dean. There was an important secret involved somewhere in that question, he thought. There was a principle which he must discover. (Quoted from The Fountainhead, Chapter 1.)

In this passage, the character changes his mind. He does care. These incidents have become not just a puzzlement, but leads to “a principle he must discover.” He has created a value by setting an intention. He has decided that there is a principle he wants to know. This change of mind was a result of his thinking and his explicit judgment. This new value (of knowledge of the principle) will motivate more systematic thinking in the future, when next he encounters situations like the one with the Dean. Over time, this thinking may lead him to form a new concept of independence. (In the novel, it does.)

An armchair observer might point out the implicit concept of independence in an incident like Frank had when he was 8. But this is a third-party perspective. What Frank has is a clear, conceptualized memory of a concrete incident, which could be used as an example of independence. But until he induces that concept (as Roark did) or learns it from someone else (as I did and probably you did), all that exists in his subconscious databanks are the memories of the concretes and the connections they have to other material.

Values as the key psychological phenomenon to understand

What I have described here is speculative. It is based on my work on understanding values as a psychological phenomenon. I have written several articles related to this:

What I have done here is to create fictional concrete incidents to help you see how specific psychological processes, plus the choice to think or not, explain not only a person’s character, but also the appearance of implicit knowledge, implicit value-judgments, etc.

The choice to think or not is critical. First and foremost, it affects which values are strengthened or weakened, which has a direct effect on character and efficacy. Because Ned wallowed in emotions rather than taking charge, he programmed his values in a self-destructive way. But Ned also failed to develop knowledge and skills that he could have gained in the crisis. Frank, in contrast, strengthened many values by thinking, but also developed self-knowledge that would stand him in good stead.

In short, the choice to think or not has many implications, but psychologically, only a few causal processes are involved:

Later, in the scene with the Dean:

Or if Ned repressed this or a similar incident:

My hypothesis is that these simple processes, plus the choice to think or not, explain everything puzzling, mysterious, or “implicit” in people’s psychologies.

I sum this up as: the value-hierarchy is the source of “implicit” value-judgments. To repeat from my opening: although values can be strengthened, weakened, and organized by cognition, they are also strengthened and weakened by action and experience.