View Your Critic as the Canary in the Coal Mine 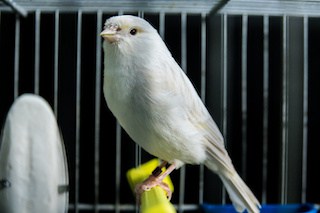 Noticing and learning from negative feedback is crucial to self-improvement. Unfortunately, negative feedback can come in an unpleasant and even an unjust form. People who give unsolicited criticism are not always the most supportive of creatures. There are fault-finders and know-it-alls among us. It’s easy to feel discouraged and unappreciated by someone who is focused on criticizing your weaknesses and mistakes rather than on the good you’re doing. And it’s tempting to dismiss what they say, especially if they are often rude or hurtful or subjective.

Give yourself emotional support as necessary

First of all, if you get upset by the negative feedback, it is important to deal with your emotions. The comment lingers emotionally because it’s touching your values and raising fear or guilt or frustration or some other threat-oriented emotion. You need to deal with this emotional upset before you can deal with the substance of the criticism or the other person.

Think of it as having your own back. You’re in a mini-crisis: Don’t run away, don’t melt down, and don’t stab yourself in the back. Translated into emotional terms, this means:

1. Feel the feelings rather than avoid them. Avoiding the feelings will ensure you don’t learn from this incident and you don’t maintain a good relationship with your criticizer.

2. Introspect the feelings rather than wallow in them. Your priority is to identify the top value at stake right now. Focusing on that value will help you be purposeful and constructive. You do that by identifying what you feel and why you feel it and then going deeper to see what value is the cause of your emotions.

3. Don’t pile on with self-criticism; keep it constructive. If you are tempted to excoriate yourself, deliberately introspect your feelings about those thoughts, too. The solution is to re-orient from the problems, mistakes, and bad things to the solution, skill, and values you want to gain or keep. You need to be able to count on yourself to maintain a constructive context because you can’t count on other people to do so.

You can’t make much use of criticism until you orient to values. That will generate some curiousity or desire or confidence that motivates you to take the next steps to learn from the criticism.

Incidentally, I don’t assume that you will be upset by the comments. If you find them surprising, you might just be curious about them. Or if you are completely confident that the criticisms were off base, you might be indifferent — and yet it will still be worthwhile to explore them further.

To get benefit from the criticism, you need to make your own objective evaluation of the issue. People often exaggerate or speak approximately. They may say something that is not literally true. What they say is only a jumping-off point — a generalized direction for self-evaluation.

Ultimately, you need to figure out what is important to you.

For example, just the other day someone told me that the tactic discussed in a class on goal-setting wasn’t as good as the tactic from an earlier class. I think the problem is that I haven’t made clear the hierarchy of when to use which tactic. There is an objective problem there, but my analysis is a bit different from his and therefore my solution will be different.

To examine the issue objectively, first identify your goal. Then reframe the criticism in more neutral terms. How would you make such a criticism? What do you think is a fair way to express that issue?

Depersonalizing the criticism is easiest when you, yourself, are committed to the quality of the result. Years ago, I remember asking a friend and colleague for feedback on a draft report. He made excellent suggestions including an organizational change. I implemented almost every suggestion in the final version. When he read it, my friend was surprised. Apparently most people didn’t take such feedback when he gave it. But my goal was to be clear. I had had concerns that the report wasn’t clear, and his suggestions helped to make it clear. So it was easy to take his advice.

The third thing that helps you deal with the negative feedback is to view the criticizer as the canary in the coal mine. As you probably know, canaries were brought into coal mines as a safety device. Poisonous gases would kill the canary before they killed the miners. When the canary stopped singing, the miners still had a chance to escape with their lives.

Your canary is helping you, too.

For example, I spent 20 years in leadership roles in volunteer organizations where I needed to work with a lot of people. I remember identifying a canary at the beginning of one year. In the space of four days after my election, she gave me three pieces of criticism. After the third, I realized she’s going to be giving me criticism all year, and I had better figure out how to deal with it.

Here’s the perspective that made me relax: Her criticisms were early-warning signals for me. She would be bothered by things first, before the other people on my team were bothered. That would give me a chance to make sure issues wouldn’t grow out of control, bothering other people, too.

As soon as I started thinking of her as my canary, her negative comments lost their sting and became information about what I need to do to keep the team on track going forward. This also meant that I was able to maintain a constructive relationship with her throughout my year in office and not take her comments personally.

I was able to reframe the criticism from my associate because I knew that we both wanted what was good for the organization. The same is generally true if the critcizer is a friend or colleague or relative. Your shared values are what help you reframe their criticisms into constructive ideas. This is also what makes those relationships stronger.

Most people do not speak up every time they have a criticism to make. If they do speak up, it is probably because they see it as a bigger problem. Even if you think it’s exaggerated or not exactly true, it’s helpful for you to see it as an early warning of potential problems.

I should say that sometimes you’re dealing with jackals, not canaries. If you conclude that your critcizer is just trying to cut you down, not help you succeed, then it’s important to distance yourself from him or her. You figure that out by dealing with your emotions, re-evaluating the issue objectively, and then appreciating having this divergence of interests out in the open sooner rather than later.

Share this page
← Have a Warm, Fluffy Towel Available When You Take a Polar Bear Plunge On Choosing Expert Help →