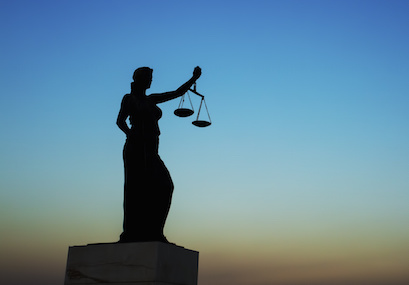 The ideal relationship is open, honest, and equal. If you find that someone has lied to you or evaded, it puts the whole relationship in question.

But I've noticed that some people jump to the conclusion that another person is dishonest without establishing it logically. There are two key facts which are often ignored:

1. The fact that someone said something untrue does not mean per se that he lied.

Here's an example of saying something untrue without lying: A couple of times I've told someone that I had sent him an email, but later I was surprised to find the email in my drafts folder, fully written and unsent. I am, of course, apologetic about my goof when this happens. I suspect I get distracted before hitting send, or maybe sometimes there's a technical problem. I remember that I had written the response, without realizing I hadn't sent. There is no sense in which I lied. Misremembering is not lying. Making a mistake is not lying.

Lying is a serious issue. But to establish that someone lied, you need to know more than that he stated a falsehood. You need some evidence that he intended to deceive you.

2. The fact that someone ignores something that you believe is obvious does not mean per se that he evaded.

What is obvious to one person is not necessarily obvious to another person. There is such a thing as a blinder -- a strong value or a mistaken premise that activates some information so strongly, that certain other facts or values don't register clearly to you. Your attention is directed by the blinder, so you don't notice all of the relevant facts.

Uncovering blinders is a large part of the work of logical thinking. Other people can help you identify your blinders, which is one reason many people like to use friends and colleagues as a sounding board.

I remember a surprising blinder I uncovered many years ago during a 5-day workshop on personal growth. On the last day, Friday, each person was scheduled to spend half an hour talking with Jerry, the presenter, about lessons learned and next steps.

On Thursday, other members of the class asked if we could change the schedule such that some of us would have our one-on-one sessions that afternoon, not the next day. I was concerned -- I didn't want to have mine that afternoon, because I hadn't sat down and thought about what I wanted to talk about. When I voiced this concern, Jerry looked at me and said, "you could have yours tomorrow."

I believe I laughed -- a common reaction to seeing a problem dissolve before your eyes. And I remember being surprised that Jerry's solution had not occurred to me. You may be wondering why it didn't. The alternate solution seems obvious.

With the caveat that I am speculating many years later, here's what I think happened: I think part of me wanted to be a "good" student who shows initiative. I usually volunteer early and often when I am in a class. Other things being equal, I would feel a strong urge to volunteer for one of the first slots. But in this particular case, I had already decided that I wanted to take an hour that evening to think deeply about my upcoming conversation with Jerry. I was in conflict and a little overloaded. Result: I had an emotional brain freeze, and I missed something obvious.  Duh. I could be one of the people the next day.

I doubt anyone in the class thought I was evading. But the same kind of thing can happen in trickier cases. It's important not to assume that the person was being dishonest.

For example, I once had a long talk with a boyfriend about why he had not comforted me after a distressing incident which he had witnessed. He told me that he didn't know that I was upset by it. I pointed out that I had been crying.

I'm happy to report that our conversation was constructive. As we discussed it, he gave me all of the comfort and support I could want.

But you might ask, given that I was crying, how could he have missed that I was upset? Wouldn't that require evasion?

In our discussion, it came out that he didn't think I should have been upset by the situation. Again, to speculate decades later in order to flesh out the example, he may have so disapproved of my crying, and been so ashamed by my behavior, that the fact that I was distressed didn't even register. He was not lying when he said, "I didn't know that you were upset." He was just blinded by his own concerns and assumptions.

Which brings us back to the point that you can't conclude that someone has evaded just because he is ignoring some fact which seems obvious to you. You need to know more about what is going on in his mind to reach that conclusion.

In the long run, you can judge people fairly by ensuring you have evidence of actual dishonesty and don't confuse it with honest mistakes or blinders you're not aware of.