The Value of Role Models 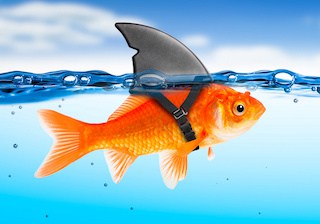 A role model is someone who exemplifies your ideal in some area.

Though you can learn concrete skills from role models, there is something more important you get from them: an integrated sense of the kind of person you want to be. That is what is irreplaceable. When that vision is stored in your memory, you can draw on it as a gestalt.

Inspiring what is possible

I put this into words when I attended the National Storytelling Festival in Jonesborough, Tennessee, some time ago. I was deeply impressed with the skill of the master storytellers. I had gone with the intention of learning from them. I wanted to pick up tips for my own speaking.

But I found that the storytellers were so good that there was too much to learn. They had it all: pacing, structure, characters, audience interaction. I could name the pieces as I saw them, but to draw any lessons? I was flummoxed. They were doing so many things so much better than I could that I was stymied when I tried to identify any lesson other than “Do everything 100x better than you do it now.”

When I realized this, I stopped trying to analyze the process and started just soaking up the performances. I chose to experience the delivery as a whole. Rather than trying to learn concrete lessons, I chose to be inspired by what is possible.

In other words, I decided to treat them as role models rather than teachers.

I knew that if I stored the integrated image of a great storyteller, it would inspire me and help feed me ideas in the future as I’m trying to develop my own stories. I knew that because that’s the most important thing you get from a role model.

Continuing to learn from the example

A role model is not just a source of inspiration. My top role model, Bob Fugate, the original director of the Starfire Optical Range, certainly inspired me. It was his passion for his work that stimulated me to leave engineering to identify and pursue my own vision. But he is a model for much more than that in my life.

As background, it helps to know a bit about Bob’s achievement. He saw the technical feasibility of laser guidestar adaptive optics and worked over 20 years to develop it into a practical technology. There were others who saw the possibility; he was the one whose vision made it happen. He inspired the technical team to do the work. He persuaded both government and educational institutions to fund the projects. He attracted top minds to solve the final technological problems. Though hundreds of people were involved in the project at various times, his was the driving force that led it.

I only worked with him for a few years during the first field experiments. But I learned many, many things from seeing him in action. For example, he showed me what it means to have high standards without being a perfectionist.

Bob wouldn’t be satisfied with a theoretical paper or a proof of concept. He wanted to develop a technology that was robust and practical. But at any given time, he kept his team excited to undertake the next technological improvement, to perform the next scientific experiment, or to plan the next generation system. He eagerly shepherded each project to completion, then dove into the next. The process looked like biological evolution in hindsight, but it was guided by a powerful mind from the start.

I learned this process working by his side, though I had no name for it. I spent about five years figuring out how to explain it to people who hadn’t had the benefit of him as a role model. Eventually I named it “planned evolution.” It is the rational alternative to perfectionism and pragmatism and the best, most reliable way to achieve long-term ambitious goals. And I was able to put the process into words because I could draw on my experience working with Bob and even the stories of how he proceeded over the next 14 years until he retired. Incidentally, I tell this story in “The Breakthrough Mentality,” a talk I gave at one of my MIT reunions.

What would Howard Roark do?

When you have role models, you can get into their minds and look at the world through their eyes. That helps you see a problem or an opportunity from a different perspective.

Napoleon Hill famously had a list of historical personages he wanted to emulate, and he imagined them as his “Invisible Counselors” every night as he went to bed. He would ask them questions and get their imagined advice.

Often, characters from fiction can serve as a role model. I know people who ask, “What would Howard Roark do here?” when they face a difficult choice. Dagny Taggart is my role model for going by your own judgment. The benefit of great literature is that you can see inside the minds of heroes and heroines and understand them as well as if you had shared a life with them.

There is a great value in seeing an integrated, finished version of what you hope to become.

Part of the benefit is cognitive and practical. When you are pursuing a complex goal, it is difficult to work out all of the details from the bottom up. Another’s success provides an example to study.

Part of the benefit is emotional and moral. An image of a role model who has achieved a similar or analogous goal can help you hold onto your vision and inspire you to great work.

Share this page
← On Choosing Expert Help Concretizing Values 1: Values in the Objects Around You →