Learn from Mistakes, not Failure 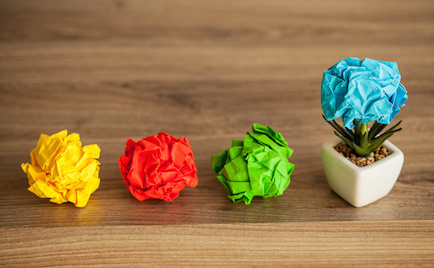 People often say that you learn from failure. But I think you learn primarily from your mistakes, not from your failures.

There's a big difference. You can make a good decision, based on sound reasons, and still have it result in failure. For example, there can be many external factors that affect whether you win a contract or make a profit on a product or have the right person for a job.

That doesn't necessarily mean you should change the way you price your contracts, promote your products, or hire new people.

Failure does not always imply you did something wrong or you should do something differently. Success is not guaranteed on this earth — not even to those who do everything in their control as well as possible.

On the other hand, you can make a colossal mistake and luck out so that you don't suffer any bad consequences. But if you don't realize that, you risk making the same mistake, again — with terrible consequences.

So, how do you catch mistakes?

When you make your reasons explicit, you set up trip wires that help you notice when there's a mistake. You will notice if one of your assumptions turns out to be wrong, or when your predictions are incorrect. At that moment you have a chance to review the thinking that went into the decision, and figure out how you would reason differently in the future.

It is never pleasant to realize you may have made a mistake. Everyone would prefer to be right as often as possible. But noticing that you might have made a mistake and going to the "meta-level" to think about the issue is the means of developing better judgment over the long term.

It's much better than the alternative: making the same mistake over and over again. If you don't know your reasons, that's what will happen.

Rather, a good decision is one that, as you execute it, you have reason to believe is in your best, long-term interest. It is based on your best judgment at the time. If you learn later that there was an error, you know it was not made through negligence.

When you take this attitude, failures are less painful, and successes can be both instructive and pleasant. There is no shame in making an honest mistake. Rather, there is a great satisfaction from learning from it, and avoiding it in the future.