How Triage Can Help You Prioritize Under Pressure 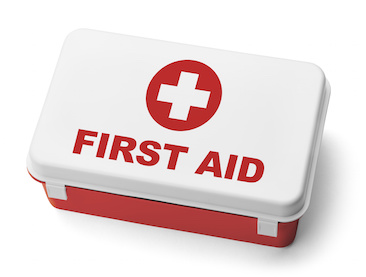 In the chaos of battle, military doctors use a system of triage to determine whom to treat. They divide the wounded into three categories: those who will survive without treatment, those who will likely die despite treatment, and those for whom treatment will make the difference between life and death. In desperate battlefield conditions, the doctors focus their efforts only on these last cases. Although they want to treat all the wounded, they know they have to ration their time–so they treat only those for whom it matters most.

Most of us don’t deal with such life-and-death decisions. But when you face your own time crunch, a system of triage can help you ration your time. To adapt the system to regular work, it helps to understand the three standards underlying traditional triage: urgency, importance, and payoff.

“Urgent” means needing attention now as opposed to later. In an emergency, anything that can be put off, should be put off. When the battle subsides, you can patch up the less urgent wounds.

“Important” means entitled to attention or consideration. You need to decide whether urgent items are entitled to your attention. For example, a co-worker may need help now–but his problem may not be important to your work. On the other hand, what’s important may not be urgent right now. You may conclude that applying for a new position at your company is the most important task on your to-do list, but if the application isn’t due for two weeks, it’s not urgent today. You can put it off temporarily.

Deciding that a task is both urgent and important is like deciding that a wounded soldier is likely to die if he remains untreated.

You also need to consider the payoff for your effort, i.e., will the treatment make a difference between life and death? Sometimes a project is already doomed. Working on it now would be too little, too late. It is better to do one of the other urgent, important tasks that you can succeed on.

Although it seems simple, triage involves a complex value-judgment. It helps a doctor quickly isolate cases that are high urgency, high importance, and high payoff.

You can use this powerful analogy when you are under pressure. Rather than working step-by-step to categorize urgency, importance, and payoff for each item, simply ask yourself two triage questions. “Will this project live without ‘treatment’?” and “will this project die even with ‘treatment’ now?” You will zero in on your immediate priorities quickly and efficiently.

Of course, triage is only a stop-gap solution. Normally, you prioritize in relative calm, when you can give important but non-urgent issues the attention they deserve. But that’s another topic.

Share this page
← Mental Cleanup Time: A Quick Process for Saving Your Brain State When You Switch Tasks How a Decision Log Can Help You Move from Scattered to Focused →