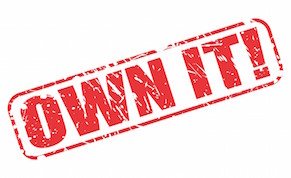 In the past, I’ve run sessions on “Rationally Connected Conversations” (RCC) an adaptation of Marshall Rosenberg’s “Nonviolent Communication” (NVC).  In one session I included Jeff Brown, a Certified Trainer in NVC, to discuss “How to say ‘That’s BS’ in RCC.”

I learned a lot — and thought I would share a crucial lesson regarding honesty and taking ownership for meeting your own needs by concretizing it thoroughly.

But first I’d like to discuss three conclusions I reached about the logical and emotional foundation for the method:

As I see it, this last is the key to figuring out what to say. You need to have completed the internal work so that you are emotionally grounded and you know your purpose. Then, to quote Jeff Brown, you can “express your needs by taking full responsibility for your thoughts, interpretations, and conclusions.”

Only if you believe there is at least a possibility that there is an innocent explanation does it make sense to engage. If you believe that is true, you can and should treat the person respectfully. Otherwise, you will unnecessarily alienate him. (If you are rationally convinced the person is dishonest, there is no reason to engage at all.)

You would engage differently, depending on your purpose. Let’s work this through, using the following real situation as a jumping off point:

A while ago, I submitted an application for a volunteer position that required computer skills. I got an email back from someone, call her Mary, telling me the application I had submitted online had come through blank, and asking if I could send her a copy by email.

I checked my copy of the application and discovered it was blank, too. After some sleuthing, I saw what happened. I had filled out the editable PDF online and then saved. Apparently that doesn’t work. You need to save a copy of the form, then fill it out locally in a PDF editor, then save using the PDF editor. I redid the application, doublechecked that it included my data, resubmitted it, and sent Mary a copy by email for good measure. Problem solved.

But suppose I hadn’t figured out what caused the problem? Suppose I had repeated the same failed process and sent her a blank copy? Supposed I was so sure that the save “should” work that I didn’t check the file before sending to her? Suppose I did this twice more?

Let’s make up someone — call him Bob — and say that’s what he did. Three times he wrote to Mary, saying “here’s my application.” And three times, what Mary got was blank.

Mary might have gotten miffed or worse with Bob. Adopt your most suspicious mindset, and imagine the worst interpretation possible: Was Bob too slipshod to be suitable for the role? Was Bob evading the need to check the file before sending it? Was Bob lying to try to get an extension on the deadline without asking for it?

When you suspect dishonesty, you need to get in touch with your own emotions and values, so you can decide whether there is at least a possibility that there is an innocent explanation and/or some positive foundation for connecting. That is necessary if you are going to engage. Here, there is a pretty clear possibility that Bob had a technical problem.

Let’s just speculate that there are many possible reasons Mary might want to engage with Bob, despite his submitting three blank applications. Here’s how she might engage using RCC in three cases. (The letters O, F, N, & R stand for Observation, Feeling, Need, Request — the OFNR four step process that is used in several ways in both RCC and NVC.)

O: When I heard you say you had checked the application before emailing it, I was hopeful. When I opened it, I saw it was blank like the other ones.

F: I’m concerned that there is something else going on here.

N: It’s important to me to have openness and trust in my working relationships so we can succeed together.

R: Is there any truth to my suspicion that there is something else going on here? If so, would you be willing to tell me what that is?

F: I’m genuinely curious and concerned about whether I or my organization is contributing to this problem

N: and wanting understanding of what is causing this problem.

R: Would you be willing to tell me what you see is happening?

This would likely start a conversation about the nitty gritty details, which could reveal that the website doesn’t save the data. It would get to problem-solving mode — completely sidestepping any question of “BS.”

O: I’ve gotten three applications from you, all blank.

N: and am really needing support from someone who can figure out technical problems autonomously.

O: I thought about it and

N: I need freedom to look for another candidate.

R: Would you mind telling me how you feel about what I’m saying?

This language, in which Mary clearly owns the responsibility for meeting her own needs, is less likely to trigger defensiveness in Bob. By asking for his reaction, she can neutralize any negative reaction.

They do this because you have taken ownership of meeting your own needs. You have taken responsibility for having the emotions you do, and making a conscious decision about what is most important to you in this moment. By doing so, you have become emotionally independent of him — you are not passively reacting to him, you are proactively requesting cooperation to help achieve your top value at the moment. This — your own emotional independence — is what lets you challenge another person’s “BS” without insulting an innocent person — and leaving open that this confrontation will actually strengthen the relationship rather than break it.

Share this page
← How Do You Know You've Chosen a Good Next Step? Magic Words to Counter Social Pressure →