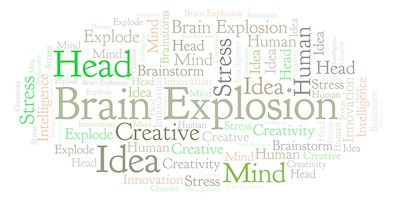 Freewriting is like thinking on paper: you record your thoughts in full sentences as you think them. It's different because...you have no thinking goal. You record a stream of consciousness, without worrying whether it will go anywhere or not.

When I first heard about freewriting, I was skeptical, and maybe you are, too. But I have found it valuable for creative thinking tasks.

Sometimes when I am trying to come up with a new idea (e.g., newsletter topics or marketing angles), my thinking on paper becomes strained. Systematic questions that usually bring up good ideas stop working. In this situation, I need some way to stay on task, keep ideas percolating, and remove the strain.

Freewriting works perfectly for this. I still have the larger goal of generating a new idea. But my immediate focus is to simply record what's going on in my mind, some of which is complaints, and some of which is banal. Within about five minutes of starting, some new ideas occur to me spontaneously.

Freewriting helps for several reasons. First, it completely eliminates criticism which can stop new ideas from bubbling up.

Second, it clears out the complaints and banality, just as thinking on paper does. Third, it keeps you at the ready to notice new connections when they get made. And they will. Connections to additional ideas are constantly being triggered from your subconscious. Even your stream of consciousness can provide stimulus for triggering those new connections.

So, if you are feeling stuck while thinking on paper, give yourself permission to freewrite for a few minutes, and see if that frees the logjam.