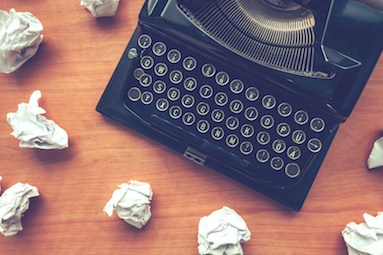 When I tell people about my course, sometimes they don’t quite know what I mean by “hard thinking.” I don’t mean thinking on specialized subjects like astrophysics. I mean thinking on any subject in which, at times, it’s not clear how to proceed. Some extra effort is required to get over the rough spots. That is hard thinking.

I hit some rough spots recently while writing a book recommendation for my newsletter. I had numerous problems, each of which seemed to doom the project. But by doing some hard thinking at each difficult juncture, I was able to complete the task. Here is the story, a case study in sustaining thinking on a difficult task:

I started work on the recommendation by re-reading the book. I realized at once there could be a problem. Parts of the book were quite specialized—of little interest to a general audience. What to do? I decided to recommend two chapters only. They spanned fifty pages, didn’t presuppose any special knowledge, and contained material on problem solving that I thought would interest readers of this list.

I thought I was set. I prepared examples to use, named my theme, and sat down to write. But within a few paragraphs, I stalled. I could not figure out how to present the examples clearly. Nothing seemed to add up. After several frustrating attempts, I finally admitted, “I’m stuck.”

I turned to a technique I teach in Thinking Tactics. I asked myself, “why does this seem impossible?” Unfortunately, the reason leapt out at me. I wanted to recommend the advice on problem solving. But the advice came in snippets in the book. Problem solving was not the primary focus of the chapters, nor was the discussion of problem solving detailed enough to support a strong case for a general audience to read the book.

I was stuck because I was on flimsy ground in my recommendation.

I was utterly dismayed. Logic dictated that I give up. My assignment was impossible. My time was lost. Now I had to come up with a new topic to write on.

That’s when I really got stuck.

You see, at the time I was late putting out my newsletter. I had a public workshop coming up in a few weeks, and an announcement was overdue. I needed a new idea for an article, suitable for this audience, an article that I could think up, draft, and edit in say, 24 hours.

Fat chance. (That’s what my subconscious said back to me when I explained the situation.)

I was totally blank and rather annoyed, so I turned to two more techniques I teach in Thinking Tactics (surveying and complaining). As I surveyed for article ideas and complained about them, my complaints led me, inexorably, to remember some writing advice I had read recently. (Complaining often helps stimulate recall of relevant problem-solving methods.)

What I remembered was something Ayn Rand called “the pleasure principle”:

“When you feel overburdened by the problems [of writer’s block] I have discussed, one of the best solutions is to ask yourself what you want. . . . Remind yourself what you sought in writing, and what great pleasure there is in having your say about life, reality, or whatever subject you choose.” (Ayn Rand, The Art of Nonfiction, p. 85)

So, I sat down to do “thinking on paper” on the question “what do I want?” I groped around giving one awful, useless answer after another. It was a hard question. Then a familiar thought flitted through my mind: “I want to learn how to tell stories.” (That’s my learning goal this year in my  Toastmasters club.)

In that instant, I got a cute idea for a story to tell this list, a story with twists and turns, irony, a lesson or two, and a surprise ending. The perfect idea!

It felt like a classic case of insight. I was inspired. I was sure writing that story would solve all my problems. I wrote like a fiend for three hours, feeling greater and greater confidence in my solution.

Then I showed the story to my husband.

Did I mention that I’m not too good at telling stories yet?

I had made a classic mistake. I was trying to make two different but interrelated points at the same time with the same story. I had forgotten George Polya’s second rule of style: “Control yourself when, by chance, you have two things to say; say first one, then the other, not both at the same time.” [See Note below]

I applied the second rule. I separated the two things. I said first one, and then the other. And then I was done.

In case you haven’t guessed, it is this very issue of the newsletter, the one you are reading, that was running late. My original “insight” was that I could make the subject of the newsletter be the story of having writer’s block while writing it. The great irony was that I had writer’s block trying to write a recommendation for The Art of Nonfiction, a book I recommend for its excellent advice for dealing with writer’s block. The surprise ending was supposed to be that advice from the book actually solved this particular case of writer’s block. (You can see why my husband had trouble following the story.)

The moral of this story is that, by using some basic skills to sustain thinking at critical junctures, I was able to produce this newsletter in a reasonable amount of time.

My subconscious told me “fat chance” just 2 days ago.

Note: The reference to George Polya is from his book on heuristics for problem solving, How To Solve It.

Share this page
← Speed Up Confusing, Bogged-Down Tasks By Slowing Down Your Thinking Book Recommendation: The Art of Nonfiction <br /> by Ayn Rand →