Becoming More Productive by Testing the Rule of Six 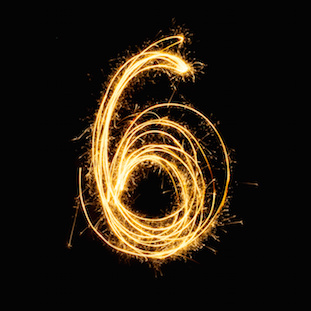 “The key to being productive is to stick to the six most important things you need to get done that day,” says Chet Holmes, author of The Ultimate Sales Machine.

Holmes argues that this makes the list short enough that you can be sure to complete the list. He writes, “There is an enormous psychological boost to crossing off that sixth item on your list, especially when all six of them were the most important things you needed to do that day.”

Holmes doesn’t say. I suspect he stipulates the number six partly for shock value. Whoever heard of aiming to have a particular number of items on your to-do list each day?

Now, I don’t believe there are one-size-fits-all rules for time management. But I’m quite willing to experiment with a rule to see what’s behind it. Here are my findings from trying the “Rule of Six” for a few weeks:

1) Three items would be too short a list. I always have more than three crucial tasks to do during the day.

2) Ten items would be too long a list. I never have ten important tasks in a day, nor could I fit ten into one workday.

4) Aiming for exactly six items every day gives me a little push to prioritize better. When I’m tempted to add a 7th item, I see I need to take a hard look at whether it is more important than something else on the list. Better to figure that out in the morning, than to see in hindsight that evening that I failed to do the more important task.

5) Despite making to-do lists every day for several weeks, I have only once finished all six items. I usually finish only four or five on a given day. Apparently the “Rule of Five” is more realistic for me.

The concrete lesson? Six is not a magic number, but the discipline of listing a set number of to-do’s each day can boost your productivity.

The abstract lesson is more interesting. A productivity “rule” may sound arbitrary, but contain an important principle. You can find out the principle by experimenting with the rule, keeping your eyes open to see how it does or does not make your work more productive.

P.S. Years later I revisited this issue from a different angle and I now use a “6-pack.” Read about it here.

Share this page
← Three Ways to Prepare for a Constructive Conversation Book Recommendation: Getting Things Done <br />by David Allen →