Adapting Advice to Your Own Purposes 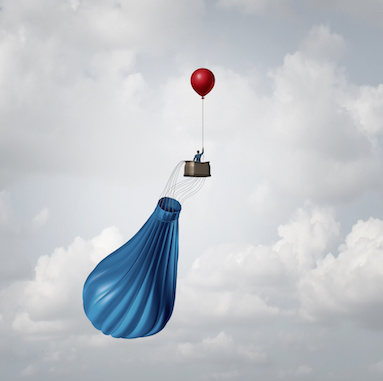 A friend once shared with me how her 17-year-old daughter adapted some advice for her own purposes. It's an inspiring story with several lessons.

The young woman was training to become an opera singer — an ambitious, long-term goal. It was particularly challenging for her because she wouldn't be entering a formal program for some time. In order to get a jumpstart on her education, she designed a training program of her own by choosing her own teachers and course of study.

To keep her motivation high, my friend had suggested her daughter keep track of "Three Good Things" that happen each day. (Some of you may recognize this advice, which I wrote about in my blog here.)

Her daughter thought about it, and decided that instead, she would track "Five Small Steps" toward her goal each day. A step might be practicing a piece, or listening to an aria, or doing a breathing exercise. Similar to the "Three Good Things" advice, the purpose was to show to herself the many small positive steps she was taking each day, that moved her incrementally toward becoming an opera singer. This helped her keep that goal in mind — present with her throughout the day.

I found this inspiring in two ways:

First, I think it is a wonderful way to encourage one's own progress on an ambitious, long-range goal.

Second, it is an excellent example of adapting advice to your own needs. The truth is, most advice you get will not fit your situation exactly. But if you look at it, think about it and what it's intended to achieve, you can often make a small change, and turn it into something that is perfectly suited to you.

So, here's my advice to you: if you have an ambitious, long-term goal, see if you can adapt this young singer's approach for yourself. For example, if you have a full-time job and are only working on your goal on the side, five small steps a day is probably too many. You may want to try for just one a day. Or... What would work for you, and your goal?

Share this page
← The Criteria For Choosing One Thing to Do How Can You Become More Realistic When Setting Your Goals? →